What Is Sharding in Cryptocurrency?

Each subset of data is called a shard or node, and all the shards together comprise the entire dataset. The number of shards in an application depends on its performance requirements, such as storage capacity or read/write speed.

The objective of sharding is to distribute data across multiple machines and allow multiple transactions to happen in parallel. In other words, the goal is horizontal scalability. Sharding can be used in blockchain networks as well. For example, Ethereum plans to implement sharding to its network in order to boost its scalability.

In this article, we’ll explain what sharding is and how it works in Cryptocurrency.

Sharding is one of the most promising scaling technologies in the cryptocurrency space that has been gaining attention lately. Sharding is a process that aims to enhance blockchain scalability by splitting it into smaller units (known as “shards”) that can be processed in parallel and thus add to the network’s overall transaction throughput capacity.

Why Do We Need Sharding?

If you want to host or run a node in Bitcoin and receive the full block reward you need at least 200GB of storage space, as of April 2018. In Ethereum this number is even higher, as of April 2018 there are over 100GB of data stored on each node. With a typical internet connection downloading all this information takes about two weeks. This is not practical for most people who want to get involved in a cryptocurrency network.

Sharding was first introduced in database management systems to improve the performance, efficiency and scalability of database services by splitting data across multiple machines. Sharding is used in modern database systems because it can increase the overall speed of an application. The same idea is now being applied to blockchain technology as well.

Blockchain networks like Ethereum are trying to implement sharding with the aim of increasing the scalability of their network, which would allow them to process more transactions at a faster rate. Ethereum co-founder Vitalik Buterin has been researching and developing the concept of sharding for some time, and that research resulted in the creation of EIP 1559, one possible implementation of sharding on Ethereum.

The idea of sharding has been around for a while, but it was first used in the cryptocurrency world by Zilliqa. The proof-of-work (PoW) blockchain model isn’t ideal if you want to create a network that can handle a high volume of transactions. Zilliqa was the first company to try and fix this problem by creating one of the fastest blockchain networks on the market.

Zilliqa uses a sharding solution that allows it to increase its transaction capacity as more nodes join the network. The more computers are added to the network, the more transactions can be processed per second.

A blockchain is a distributed ledger that consists of data stored in blocks; each block contains a certain amount of data, and these blocks are chained together to form the ledger. The chain is maintained by nodes — participants which hold a copy of the entire ledger and update it when new information is received. Each node must validate new data before it can be added to the chain. If a company needs to scale up their system, they have two options: buy more expensive hardware or find an alternative solution that makes use of their existing hardware better.

Sharding is one of several approaches to database scaling and high availability. Other approaches include response caching, master-slave replication and cloud hosting.

Sharding distributes the data across multiple servers, as shown in the diagram below. Each shard acts as a separate database, and each database server handles read and write operations for its own shard. In order to split a database into shards, each shard must contain some type of metadata that assists with identifying which data should be stored in which shard.

Ethereum is planning to use sharding for its scaling solution. Currently, there are two types of nodes in Ethereum: full nodes and light nodes. Full nodes store all the information about the blockchain (up to 1 terabyte) while light nodes store only a small portion of that information or just a summary of what’s happening on the chain. With Ethereum’s sharding solution, full nodes will be split into “collation” and “attester” nodes. By doing so, collation nodes will have far fewer validators than full nodes have right now and will be able to store much less information than full nodes do at present. This means that more people will be able to participate in the network as validators and maintainers.

Benefits and Advantages of Sharding in The Crypto Market

As mentioned above, sharding aims to divide the large workload into small sub-workloads. This, in turn, helps to improve scalability and efficiency of a network. The benefits of this method include higher throughput and faster transaction speeds. The latter is particularly important to crypto exchanges that are looking for an alternative and more efficient way to handle users’ transactions.

The Disadvantages of Using Sharding

The disadvantages of sharding are really in the implementation, not the concept. Implementing sharding is difficult and requires hard forks since there are many variations of sharding proposals. Further, without proper implementation and testing, it can lead to centralization risks due to broken chains or improper rewards distribution.

Some of the biggest issues with sharding are in the practicalities. For example, if you have multiple shards (blocks of data), then how do you know which one has the most up-to-date information? If one shard has an old version of some data and another has a newer version, which one should be used? This is called “shard synchronization,” and it’s something that developers need to work out before they implement a new system

Sharding isn’t like a magic wand that can solve all blockchain problems at once. It’s a concept that requires a lot of work to implement, and there are always tradeoffs. Security will always be the primary concern for blockchains — if you make it easier for someone to attack the network, then you have to make sure that your security is still good enough to fend off those attacks.

It is clear that sharding has great potential as it could help to increase the number of transactions per second by increasing the number of shards. As a result, users would be able to enjoy faster transaction times. And when it comes to cryptocurrency exchanges and trading platforms — that is what matters the most. 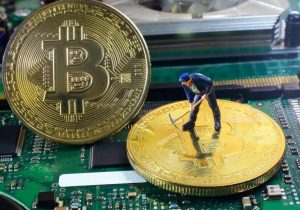 2 Million Bitcoin Remaining to Mine…

The Bitcoin network has long-since surpassed the majority of its total projected bitcoin to be mined (issued). As of... 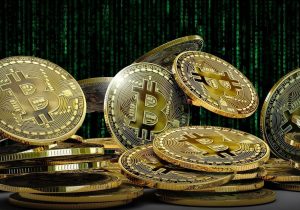 Best ways to buy bitcoin around the world in 2021

Are you interested in buying some Bitcoins but don’t know where to start? Well, today is your lucky day as we...

The top ICOs in history

Since the crypto boom, there has been a lot of buzz about initial coin offering and how it is the game-changer for...