What are Cryptocurrency Coin mixers?

Coin mixers are a part of Cryptocurrency which is a decentralized system that makes its users anonymous. Anonymity of transactions is what makes the users of the WabiSabi coin mixer feel safe and secure.

With the WabiSabi coin mixer, no transaction can be traced back to you or even associated with you. No one can know who you are, see what you are doing, or what you have done on this platform. No one can see where you are sending your money, who you are sending your money to, or who you are receiving money from. This is important because it prevents anyone from being able to prove that anyone else has sent any amount of cryptocurrency to another party (or parties).

It protects the online financial privacy of its users.

The software is a decentralized and anonymous cryptocurrency mixing service (also called tumbling) that helps protect the financial privacy of its users. Unlike traditional centralized mixing services, there is no central entity to corrupt or shut down. Using a cryptographic protocol called CoinJoin, it combines your transactions with other people’s transactions in order to obfuscate your trail and make it difficult for third parties such as law enforcement agencies or network observers to trace where the money came from or went to. A wide range of options lets you configure how many coins you want to mix and how much time you want to let pass before you get them back, but the default settings are appropriate for most needs.

It allows the transfer of Bitcoins outside the monitoring of governments and intrusive corporations.

This is especially true when it comes to Bitcoin transactions. Since every transaction involving BTCs is recorded on a public ledger, the transfer of funds can be traced. Your data will be out there for anyone to access, along with your balance and other identifying information.

Bitcoin mixers let you send money anonymously by sending multiple amounts of BTC from different addresses before depositing them in one wallet. You can use a mixer to split up and combine BTCs, making it harder to trace their origin and destination.

A coin mixer is a third-party service that obscures the source of cryptocurrency you hold and send. In other words, it makes it difficult for someone to know where your cash came from. They are particularly useful for people making transactions that might be more sensitive—for example, buying drugs on the Dark Web, or buying a political office (although the latter is not actually advised.) Coin mixers work by obfuscating or obscuring the data trails left when you make an online purchase. Most blockchain-based cryptocurrencies have a public ledger, which contains information about all transactions made with those coins. When you buy something online with Bitcoin, you leave an easily-traceable trail behind that can be used to identify where the money came from—and often what it was spent on at its destination.

Coin mixers utilize a “tumbling” process to conceal identifying data about your transaction history. This process separates “dirty” coins from clean ones in order to make them harder to trace back to their original owners, like laundering physical cash in real life. Privacy coins such as Monero were created specifically for this purpose and do this automatically using integrated technologies such as RingCT and stealth addresses; however, most other cryptocurrencies require additional services if users want complete privacy for their transactions (which we think everyone should!)

Coin mixers function by taking your coins, storing them in a pool with other users’ coins, and then at some interval sending you back different coins that add up to approximately what you sent in, while ensuring that they come from multiple sources so as to not leave a trail back to you.

Coin mixers are needed because there are more and more govts invading our private lives, this creates a safe network for people to use Bitcoin without being tracked

Money has been around for a while, but it’s not the same as it used to be. By now, we’re all aware that governments are taking more and more of our private information. We understand this because we read the news every day. Governments and third parties can track us on shopping sites, social media platforms, mobile devices, and even on our computers! Most people don’t realize that crypto coins like Bitcoin are not anonymous by default. This means your personal information (and possibly your identity) can be revealed very easily if you use Bitcoin without using proper privacy measures.

Fortunately for those who value their privacy and anonymity, there is a way to use Bitcoin anonymously: Bitcoin mixers are one of the most popular ways people protect their privacy in the age of snooping governments and random data breaches by massive corporations.

There are several reasons why you might need an anonymous coin mixer. You may, for instance, be protecting your privacy from the government or a corporation that wants to collect data to track and profile you. Or perhaps you’re simply trying to avoid giving away any sensitive personal information by providing your name and address when making a purchase or donation. You might even want to hide where the money came from (or is going) so as not to incriminate yourself if something goes wrong with it later on. And then there’s also just being wary of giving away too many details about yourself online – after all, hackers do exist out there!

There are more and more governments invading our private lives these days; this creates a safe network for people to use Bitcoin without being tracked. With Mixxing it’s possible now!

Coin mixers are a great addition to your privacy toolbox, but they aren’t a perfect solution. It’s important to remember that mixing coins isn’t foolproof. As with any other technology, cryptocurrency mixers have their limitations. The best way to make sure you’re getting the most out of your mixer is to make sure you’re also taking advantage of other security measures such as hardware wallets and VPNs. With this in mind, coin mixing is a valuable service that works well for anyone who wants an extra layer of security for their online transactions. 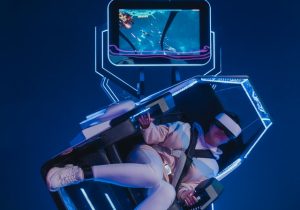 What is the Metaverse? The metaverse, or the “meta-world”, is a concept of a space where people can interact... 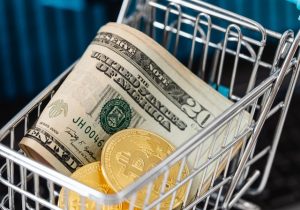 3 Ways To Purchase Bitcoin With Paypal In 2022

To Purchase Bitcoin with PayPal is extremely simple in 2022. PayPal is a popular payment system due to its security,...