According to a court filing, Voyager Digital disagree with billionaire Sam Bankman-Fried’s and Alameda Ventures;’ plan to acquire the failing crypto lender’s assets.

In their lawsuit, the attorneys for Voyager claimed. That the transaction being discussed would only benefit FTX and Alameda to the disadvantage of Voyager’s stakeholders.

According to the document, AlamedaFTX’s proposal is self-centred and might “harm consumers.”

As part of the proposal, FTX would purchase all of Voyager’s assets for $200 million in cash and tokens. In exchange, Alameda would receive a 20% stake in the combined company.

The lawyer said that if the acquisition pushes through. It would be unfair to Voyager’s creditors and shareholders as FTX would effectively be acquiring the firm on the cheap.

According to the attorneys for Voyager, FTX’s bid violated the Bidding Procedures. And sought to create awareness rather than providing value to Voyager’s clients.

“AlamedaFTX’s actions are not value-maximizing [and] the acquisition bid is nothing more than a liquidation of cryptocurrency on a basis that benefits AlamedaFTX.”

FTX sent a bid for Voyager’s assets last week. The offer promises that customers will be able to access some of their assets, instead of waiting for the bankruptcy procedures to finish.

However, the attorneys representing Voyager have rubbished the bid, claiming that it contravenes the Bidding Procedures. And is targeted at generating publicity rather than being focused on providing the “best possible outcome” for Voyager’s clients.

The move was quickly met with criticism from some in the cryptocurrency industry. With many suggesting that FTX was simply looking to take advantage of Voyager’s current situation.

In a filing with the U.S. Bankruptcy Court for the District of Delaware on Tuesday. Lawyers representing Voyager said that FTX’s bid was “materially misleading” and failed to disclose “critical information.”

“Our goal with this collaborative proposal is to assist create a better method for resolving an insolvent crypto firm – one that allows consumers to receive quick liquidity and reclaim a portion of their assets without forcing them to gamble on bankruptcy results and take biased risks,”

The lawyers stated that the press release was also deceptive. Since it focused on FTX’s assets according to its assessment of their worth and disregarded everything else. According to Voyager, the proposal is nothing but a low offer that is disguised as help.

On the other hand, Bankman-Fried believes that the offer his firms put forth represents the best for customers.

“The joint proposal represents the absolute best possible outcome for Voyager customers, and indeed, all Alameda Research creditors,” he says.

“It is a full and fair price for the company, providing more than enough to repay all customer debts in full. It also comes with a commitment from us to make up any shortfall if, for any reason, the deal does not close.

In any case, he claims that the naysayers are most likely people who intend to profit the most from Voyager’s remaining assets; as the bankruptcy process continues. He states in a Tweet.

“The people who are pushing back the hardest against Alameda’s proposal are the same people who would benefit the most from a drawn-out bankruptcy process: the exchanges and other counterparties that Voyager owes money to,” he says.

At press time, it’s unclear what will happen next, though it seems the ball is in FTX’s court. The exchange has until Monday to decide on Voyager’s proposal.

Whether or not the acquisition goes through, one thing is certain – the saga of the once-mighty Voyager is far from over. 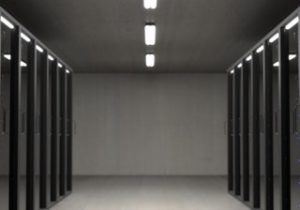 What Is Sharding in Cryptocurrency? 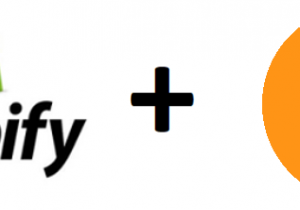 Addition of BTC payments to Shopify

The eCommerce platform Shopify is partnering with payments network Strike to enable its merchants to accept Bitcoin.... 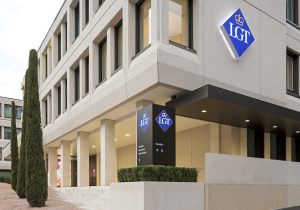 LGT, a global private bank, will begin trading in Bitcoin and Ethereum

LGT, a global private bank, will begin trading in Bitcoin and Ethereum On the heels of several other banks and...