The Future of Crypto and Blockchain

10 years ago, the idea of a digital currency as we know it today would have been very hard to imagine.  However, cryptocurrencies have evolved rapidly, and blockchain technology has revolutionized our way of storing and sharing information.

Where is this evolution taking us? The popular cryptocurrency Bitcoin was created in 2008 and continues to grow. In 2012, there were 950 digital tokens issued. This number has tripled in the time since. With the evolution of blockchain technology and smart contracts, the evolution of new technologies is inevitable. Will we have a future where everything can be accessed and traded with cryptocurrencies including stocks, bonds, properties, true-value bars, cars and art? Who knows what could happen? But one thing is certain; this evolution will take us someplace beautiful!

In the last few years, new technologies have changed drastically. Blockchain technology is one of those that is increasingly being used in all industries. Although there are already many companies that use new technologies for their development, this technology was intended for a very different concept. This can be said about blockchain and all its advantages.

Cryptocurrency has been a hot topic for some time now and there is still plenty of speculation around the future of this digital currency. In fact, cryptocurrency is one of the fastest growing areas in business today. From 2012 to 2016, nine hundred new cryptocurrencies were created. In blockchain technology you can create your own cryptocurrency as well as run smart contracts on the blockchain.

The year 2021 was a watershed moment for cryptocurrency.  what happens in 2022 and the nearest future?

Meanwhile, public interest in cryptocurrency has skyrocketed: it’s a hot issue not only among investors but also in popular culture, owing to everyone from long-time investors like Elon Musk to that kid from your high school on Facebook.

According to Dave Abner, head of global development at Gemini, a renowned cryptocurrency exchange, 2021 marked a “breakthrough” in many aspects. “There is a lot of emphasis and attention on [the crypto market].”

However, the sector is still in its infancy and is continually changing. That’s a significant reason why every new Bitcoin high is often followed by a large slump. It’s tough to forecast where things will go in the long run, but in the next months, experts will be looking at issues ranging from legislation to institutional use of crypto payments to get a better feel of the industry.

While accurate predictions are impossible, we asked five experts what they’re looking out for in the cryptocurrency field in the future:

Some economic analysts believe that institutional money will enter the cryptocurrency market, causing a significant shift in the market. Furthermore, there is a chance that crypto may be listed on the Nasdaq, which would provide legitimacy to blockchain and its applications as an alternative to traditional currencies. Some believe that all cryptocurrency need is a confirmed exchange traded fund (ETF). An ETF would undoubtedly make it simpler for consumers to invest in Bitcoin, but there must still be a desire to invest in cryptocurrency, which may not be produced automatically by a fund.

These features distinguish Bitcoin from fiat currency, which is backed by the full confidence and credit of the government. The issue of fiat money is a highly centralized process overseen by a country’s central bank. While the bank restricts the quantity of currency created to meet its monetary policy objectives, there is no theoretical upper limit to such currency supply. Furthermore, deposits in local currency are often protected against bank failures by a government agency. Bitcoin, on the other hand, lacks such systems. The value of a Bitcoin is entirely determined by what investors are prepared to pay for it at any one time. Furthermore, if a Bitcoin exchange fails, clients with Bitcoin balances have no way to recover them.

The future prospects for bitcoin are hotly debated. While so-called crypto-evangelists flood the financial media, Harvard University Professor of Economics and Public Policy Kenneth Rogoff claims that the “overwhelming sentiment” among crypto supporters is that the total “market capitalization of cryptocurrencies could explode over the next five years, rising to $5-10 [trillion].”

The asset class’s historical volatility is “no reason to fear,” he argues. Nonetheless, he moderated his and the “crypto evangelists'” exuberance about Bitcoin as digital gold, calling it “nutty” and noting that its long-term worth is “more likely to be $100 than $100,000.”

According to Rogoff, Bitcoin’s utility is confined to transactions, making it more vulnerable to a bubble-like collapse. Furthermore, the cryptocurrency’s energy-intensive verification method is “much less efficient” than systems that rely on “a trusted central authority, such as a central bank.”

5 predictions for bitcoin, NFTs, and the future of money

Many of the oddest headlines of 2021 were about cryptocurrency. Digital currencies have been hailed as a game-changing technology with the ability to establish new economies and empower those who do not have access to bank accounts. Crypto’s large environmental imprint, as well as its appeal in online crime, have been cited as criticisms. The divide between these points of view will be difficult to cross.

Large corporations are attempting to determine how bitcoin fits into their operations. This year, everyone from hedge fund managers to Starbucks executives is making decisions that will have an influence on how we utilize digital money. When we hear about cryptocurrency in the news, it’s usually about Tesla CEO Elon Musk’s rants, overnight billionaires, high-priced digital art, and hacking. However, the broader, fundamental shifts are frequently less showy and attention-grabbing than whatever crypto-hype machine is dominating Twitter at the time.

“I hope to see a lot more emphasis on usefulness,” said Denelle Dixon, CEO of Stellar Development Foundation. “Instead of focusing just on a few use cases that generate a lot of buzz, we’ll see a greater emphasis on use cases that bring genuine value. And there will be greater talk about financial inclusion.”

NFT, or nonfungible token, is a buzzword that many of us first heard around 2021. NFTs are becoming increasingly popular in the art and collectibles markets as a novel means to identify ownership of digital goods utilizing a blockchain ledger. The Bored Ape Yacht Club was one of the most prominent NFT collections of 2021. That’s not surprising.

“The potential of NFTs are boundless, because they can be used to track ownership of any unique object,” OpenSea co-founder Alex Atallah wrote in an email. “We’re already seeing early use-cases of NFTs like event tickets, software licenses, fan club memberships, and other interactive experiences.”

Some of America’s most recognizable corporations, like Nike, are already pushing to extend the use of NFTs. However, NFTs utilized in consumer items might be only the tip of the iceberg. How about utilizing an NFT to show you’re who you say you are?

“We’ve seen some trend away from artist-driven NFTs and toward NFTs centered on access or authorization,” Stellar Dixon said.

“Recently, there was a party in New York where attendees gained entry by purchasing an NFT. So, I’m curious whether there will be any emphasis on exploiting NFTs for digital identification.”

One of the most fruitful areas of promise for NFTs may be the $85 billion video gaming industry. Some of the bigger studios have already begun to experiment with them. With all of the buzz about the metaverse, an immersive 3D digital environment suggested by Meta (formerly Facebook) CEO Mark Zuckerberg and other tech industry movers and shakers, NFTs might serve as building blocks for a next-generation digital world.

In 2021, cryptocurrency was used to finance millions of dollars in ransomware payments. This is due to the fact that digital currencies have qualities that make them appealing to thieves. They’re tough to trace, borderless, and virtually hard to unravel after the payment is made.

“Because of the misperception of ultimate anonymity, we should expect to see more criminals resorting to cryptocurrencies and services that promise to obscure illegal payments,” Gurvais Grigg, a senior tech officer at Chainalysis, wrote in an email. “Bitcoin appeals to criminals for the same reasons it appeals to normal users: it is cross-border, fast, and liquid.”

Grigg and others predict that in 2022, decentralized finance, a small but burgeoning business on the cryptocurrency frontier, would be a hot target for hackers. Decentralized finance, sometimes known as DeFi, refers to finance that operates independently of a central authority or organization. People can connect directly with DeFi goods over a dispersed network rather than depending on a bank or credit card network.

Despite the fact that the business is still in its early stages, DeFi is a rapidly expanding, highly technological field with enormous promise. As a result, it’s drew a lot of attention and investment, making it ideal for illicit activities.

Because of its volatility, Bitcoin and other cryptocurrencies have made headlines. At the pace of the internet, you might become a billionaire or lose it all. But try purchasing a coffee with bitcoin, and the volatility may quickly become perplexing.

Then there are stablecoins. This cryptocurrency subcategory, which is linked to an underlying asset, reduces some of the volatility. Stablecoins might play a critical role in transforming bitcoin into something we can simply use to perform everyday transactions.

“People should start paying attention to movements in stablecoins, both as a payment channel and as a digital currency backed by the US dollar. Cross-border payments, assistance relief, and rapid settlement payments are beginning to flourish in 2021, and we will see more of these in 2022 “Circle’s vice president of product, Rachel Mayer, stated in an email.

One of the key features of a stablecoin is the ability to transfer assets more effectively. This benefit is significant for businesses that need to move digital assets and cash swiftly and effectively.

Legislators in Washington understand that cryptocurrency is a significant and important issue. However, they are clearly failing to grasp it. It’s just a matter of time until crypto has its “series of tubes” moment, courtesy of a hapless person out of their environment.

Six executives from cryptocurrency firms spoke before the House Financial Services Committee in December, where they explored potential avenues for future regulation. Lawmakers in the United States have indicated interest in a variety of themes, including whether stablecoin issuers should be deemed banks, whether cryptocurrencies should be taxed, and how to design effective laws in a highly technical and sophisticated business. This is hard business. It will take time to develop the appropriate standards.

Before Americans see a full framework for crypto-focused legislation, other milestones may need to be met. However, if business leaders and political authorities can collaborate, normal bitcoin users and investors may gain while environmental and security issues are addressed.

“It’s critical to recognize that the cryptocurrency business wants to be regulated, but only if suggested regulatory frameworks are realistic,” Grigg added. “Governments throughout the world are collaborating with industry players to develop legislation that protects consumers while also encouraging innovation.”

As the Bitcoin business matures, it will continue to evolve in ways we cannot yet predict. But one thing is certain: cryptocurrency will play a significant role in our future.

Bitcoin Mining in Norway gets the Green Light..No Ban!

The Norwegian government, who had previously put forward a proposed bill to ban bitcoin mining to avoid excessive... 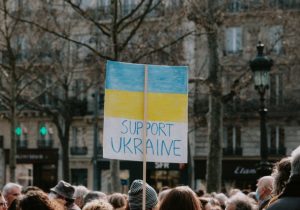 Ukraine Government gets Crypto Donations in millions After Russian Invasion

The crisis in Ukraine began in Ukraine's capital city of Kyiv in November 2013 in response to Ukrainian President...