Should I be Using Localbitcoins in 2022? A Detailed Review

Unlike other exchanges, LocalBitcoins lets users to contact directly with one another. LocalBitcoins is similar to Craigslist in terms of buying and selling Bitcoin. Its sellers provide a wide range of payment alternatives, and the built-in escrow ensures buyer protection.

LocalBitcoins is a genuinely worldwide network, despite the fact that it is targeted on assisting bitcoin dealers in their local area. Essentially, Bitcoin merchants create a platform advertisement in which they declare their terms and establish their own fee. Buyers can utilize a variety of payment options online with escrow protection, or they can arrange for in-person meetups to purchase Bitcoin with cash in hand.

Furthermore, the platform is ideal for connecting peer-to-peer buyers and sellers in densely populated cities such as Tokyo, London, New York, San Francisco, San Diego, Toronto, Montreal, and many others. LocalBitcoins serves Bitcoin merchants in 248 countries and 7938 cities as of February 2021.

What Sets Local Bitcoin Exchanges Apart from Other Exchanges

Local Bitcoins differs from other exchanges in that it is not a trading platform. When you open an account with a large exchange, such as Coinbase, Kraken, or Bitstamp, you link your bank account directly to their trading interface to finance your buy and sell orders. These exchanges charge transaction fees in exchange for facilitating your trades.

Local Bitcoins are distinct. Assume you wish to purchase some Bitcoins from Local Bitcoins. You first register an account and a wallet on Local Bitcoins, but you do not immediately connect your bank account details to Local Bitcoins. Instead, you look for other individuals who have Bitcoins to sell to you. When you identify a person offering to sell Bitcoins at a good exchange rate and terms, you message them to work out the details. Then you discover a way to pay the person.

When you open an account with a large exchange, such as Coinbase, Kraken, or Bitstamp, you link your bank account directly to their trading interface to finance your buy and sell orders. These exchanges charge transaction fees in exchange for facilitating your trades.

You can utilize a cash deposit through a bank, PayPal (fees apply), or another method of cash transfer for online trading. In certain circumstances, you may meet up in person and exchange cash for Bitcoin, hence the moniker Local Bitcoins. After you pay, the Bitcoins are transferred to your Local Bitcoins wallet, from which you may transfer them to your own wallet.

LocalBitcoins had 913,000 active dealers and 1.46 million new registered users in 2019. LocalBitcoins has over 8 million consumers from over 190 countries worldwide. It is one of the most popular Bitcoin trading platforms. LocalBitcoins provides buyers and sellers with direct trade, communication, dispute resolution, and escrow services. The escrow services take the seller’s money from their wallet and release them if both parties agree the exchange.

The Benefits and Drawbacks of Using LocalBitcoins

Localbitcoin is a platform that connects users with others to purchase and sell bitcoins from anywhere in the globe in a secure environment. You may post a buy or sell announcement on the platform, mentioning the precise amount and the method of payment you accept, or you can locate an advertisement that meets your demands, so you will always have possibilities to swap.

When you initiate an exchange, the platform freezes the amount at stake, so the seller cannot escape with your bitcoins after you pay, and this will only be released if the payment is validated, so both sides are certain that they will not be victims of fraud for the other. You can also verify all of the information of the person with whom you are negotiating, including the number of trades completed on the platform, reputation, whether their account is verified with an ID card, and average payment and release times, which is very useful for avoiding exchanging with people who take their time to pay or release, which is very annoying when you’re in a hurry.

The platform’s disadvantage is the design of the website; it is not very intuitive and is somewhat archaic, so the learning curve for an inexperienced user may be fairly sluggish and long, and without the assistance of someone knowledgeable, people may be afraid and appear a little enthusiastic to use it.

How does LocalBitcoins function?

LocalBitcoins is essentially a marketplace where people may make offers to purchase or sell bitcoin. As a user, you make a post in which you indicate the exchange rate, location, and desired payment method for a transaction. You may also promote your article as an advertisement, increasing its visibility (this is how LocalBitcoin makes money). If someone responds to your message, you can both agree to make a deal using a bank transaction, a payment service, or any other accessible means.

LocalBitcoins, unlike centralized exchanges like Coinbase, let you to trade directly with other users. Nonetheless, the network is not totally decentralized, since it registers and monitors all of your LocalBitcoins transactions. When you begin a deal, the traded bitcoins are stored in the escrow facility of LocalBitcoins. The exchange is only accomplished when the seller confirms the transaction.

The LocalBitcoins platform’s native reputation system is another critical feature. Chargeback fraud is frequent in ecommerce, and despite the fact that bitcoin transactions are irreversible, standard payment suppliers continue to accept them. As a result, some users may be duped into selling their bitcoins, resulting in the loss of their hard-earned money. The LocalBitcoins reputation management system lets users to post feedback for buyers and sellers, which may assist you in determining whether the buyer or seller is legitimate.

As a general rule, it is safer to deal with older accounts that have received positive reviews rather than making a transaction with new and suspicious ones. Do not pick deals simply on price – any offer with an unusually low price should be regarded with caution unless the dealer has been completely vetted and has earned a large amount of good feedback.

What Are the Fees, Limits, and Speeds for Deposits and Withdrawals?

LocalBitcoins is not a party to peer-to-peer transactions and does not manage payment. They only allow Bitcoin advertising and transfers between LocalBitcoins wallets. They do, however, allow sellers to select from a variety of payment choices.

LocalBitcoins differs from typical cryptocurrency exchanges in that sellers place the Bitcoin in escrow. Buyers make direct payments to vendors, who then mark the transaction as complete on the site. Sellers must choose whether or not to release them after money is received.

Because LocalBitcoins does not handle payment, merely the transfer of Bitcoin between LocalBitcoin wallets, the cost of transferring money to a seller is determined by your payment processor costs.

Before they can begin promoting and selling on the site, LocalBitcoins vendors must deposit at least 0.4 Bitcoin into the LocalBitcoins wallet.

Because payment is handled directly between buyer and seller, there is no withdrawal of fiat payment from the LocalBitcoins network. Transfers from a LocalBitcoins wallet to another kind are the sole withdrawals from LocalBitcoins.

Trade Sizes and Limits for LocalBitcoins

Sellers establish order restrictions when they create an ad. These prices range from $5 to $5,000 USD per purchase (may vary if using a different denomination of fiat or cryptocurrency). This is significantly smaller than the order limitations on worldwide centralized exchanges, which may range up to $100,000 USD per day depending on the platform.

LocalBitcoins offers a one-of-a-kind solution for a specific market. The majority of transactions are for remittances to nations sanctioned by the US.

The majority of retail cryptocurrency investors should utilize a worldwide exchange like as Coinbase or Binance. Because LocalBitcoins exclusively handles Blockchain transactions, the purchases take time to complete. In contrast to Binance, where a buyer’s crypto balance is immediately reflected in his or her account, this is not the case. The fees for purchasing Bitcoin are significantly higher than on worldwide exchanges. Dealing with a person on a personal level may be daunting, especially for first-time purchasers. Before signing up for any exchange or broker site, make sure you do your homework. Crypto, including Bitcoin, is volatile, and you should never buy more than you can afford to lose.

Should you use LocalBitcoins?

It all relies on your own scenario, as it always does. LocalBitcoins is a fantastic method for individuals all around the world to exchange bitcoins, particularly in areas where there are few or no other choices. It rose to prominence as a go-to destination for the world’s unbanked, but that is no longer the case. Despite this, it continues to provide the most payment alternatives in the globe and is a genuinely global bitcoin exchange. 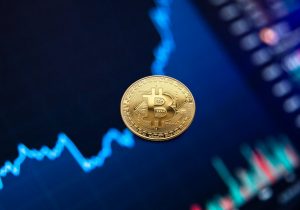 As the new cycle proceeds, a lot of investors are seeking to buy bitcoin in huge quantities. They are hoping that the... 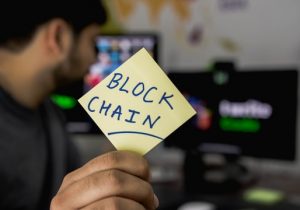 The Future of Crypto and Blockchain

10 years ago, the idea of a digital currency as we know it today would have been very hard to imagine.  However,... 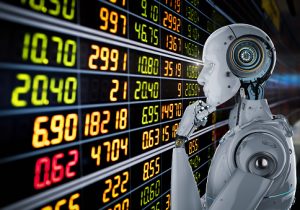 There has been a lot of exciting advancements in the world of AI, and businesses are taking advantage of this unique...