What is the Metaverse?

The metaverse, or the “meta-world”, is a concept of a space where people can interact with one another and their creations in a virtual world. It was originally coined by Neal Stephenson in his 1992 science fiction novel Snow Crash, describing an online universe that would allow users to take on avatars and interact with others in a number of ways. These include exploring and battling others in 3D environments.

The term “metaverse” has been used more widely since, and refers to a wide range of platforms that offer virtual environments, including video games, social media sites like Second Life, and even augmented reality (AR) platforms like Pokemon Go.

As we head towards 2022, the metaverse will be taking off as an industry. The pandemic accelerated the shift towards digital spaces for entertainment and communication. As companies want to capitalize on this trend, they are developing more sophisticated platforms for people to use.

The NFT space is one of the most exciting areas in blockchain at the moment. For those who don’t know, non-fungible tokens (NFTs) are a type of digital asset that can be bought, sold, or traded on the blockchain. In other words, they are not interchangeable and can be one of a kind.

This has become a popular concept in blockchain gaming. However, it has also been used in art and by celebrities such as Mark Cuban, Grimes and Paris Hilton to auction off their assets. For example, in February 2021, an NFT version of Beeple’s Everydays: The First 5000 Days sold for $69 million at Christie’s auction house in New York.

But the idea isn’t new; it was first conceptualized in 2012 by British computer scientist Duncan Cock Foster. Since then many different players have entered the market and there are now many NFT platforms to choose from for both buyers and sellers. Here are some of the top projects we think you should keep an eye on this year…

As the NFT space continues to expand and evolve, there are a number of projects that have come to the forefront as leaders in this space.

Aavegotchi is a blockchain-based, collectible crypto game. It’s the first project to run on Aave’s Lending Protocol and uses NFTs to create its characters. Users can play the game like an idle game and watch as their Aavegotchi collects experience points (XP) and gains new abilities. These collectibles are meant to be rare, so players can also trade and sell them on the market.

Aavegotchi is a DeFi-enabled gaming platform that integrates with the Aave protocol. It features digital avatars called “Aavegotchis” that are bought, sold and traded on the Ethereum blockchain through non-fungible tokens (NFTs). The platform also allows users to earn passive income from their avatars.

The game is currently in Alpha V2, with users able to buy digital avatars, dress them up with accessories, and send them out on adventures. The developers plan to release a new version every quarter of this year.

Axie Infinity is a blockchain-based game that lets players breed, raise, battle, and trade fantasy creatures called Axies. The game runs on the Ethereum blockchain and lets users earn cryptocurrency through playing the game. It was created as a project by Vietnamese startup Sky Mavis in 2018 and has just been growing steadily since then, with over 100k players today.

Axie Infinity is a decentralized game in which players can battle, collect and trade fantasy creatures called Axies. It’s built on top of the Ethereum network and uses its own token, AXS, as well as NFTs to store assets on chain.

The main draw of Axie Infinity is its battle system, which lets players battle their Axies against others for in-game rewards or even real money prizes.

Decentraland is a virtual world where users can create, experience, and monetize content and applications. Similar to Second Life, Decentraland is not just a single game but an entire platform for all kinds of games and experiences.

Decentraland  is one of the most popular metaverse NFT projects. It is a virtual world in which people have the opportunity to create and monetize digital assets. There are more than 1 million users already in this VR metaverse and more than 100,000 NFTs sold on their marketplace. It’s a good sign that the project is growing, and another great opportunity here is that you can invest in MANA – the native token of this project.

Decentraland is a virtual reality platform powered by the Ethereum blockchain. Users can create, experience, and monetize content and applications. Land in Decentraland is permanently owned by the community, giving them full control over their creations. Users claim ownership of virtual land on a blockchain-based ledger of parcels.

Landowners control what content is published to their portion of land, which is identified by a set of cartesian coordinates (x,y). Contents can range from static 3D scenes to interactive systems such as games built using the Unity3D game engine or plugins like Web

The Decentraland metaverse is built by its users who buy parcels of land (MANA tokens) with Ethereum. Users can create content and applications spanning art, games and social experiences. They can also monetize them. Decentraland uses the ERC721 token standard.

Cryptovoxels (CV) is a 3D metaverse that uses voxel graphics and has a similar concept to Decentraland. The main difference here is the fact that Cryptovoxels is powered by Ethereum blockchain, whereas Decentraland implements a proof-of-stake consensus mechanism and uses LAND token as its utility token. The platform allows users to build their own 3D parcels, which can be used for selling items, renting spaces or building games & apps. Recently, they also launched CVNFT (Cryptovoxels NFT), an open protocol that allows creating & trading voxel assets like avatars, clothing items or in-game items on Ethereum blockchain.

Cryptovoxels is a virtual world that runs in your browser. It’s built on Ethereum, you can buy land, build your own virtual space and earn money when other users visit it. You can interact with other players through NFTs (Non-Fungible Tokens). In Cryptovoxels you can also build using JavaScript code and WebGL assets using Parcels Editor (a drag-and-drop tool).

CryptoPunks are 8-bit characters that have been around since 2017. They were created by Larva Labs and are the oldest nonfungible tokens in existence. Each pixelated character has unique characteristics and attributes and can be traded or sold on markets like Opensea or Rarible.

The first NFT project, CryptoPunks were created by Larva Labs in 2017. There are 10,000 unique CryptoPunks, all of which can be traded on the Ethereum blockchain.

CryptoPunks are collectibles that exist on the Ethereum blockchain. Each CryptoPunk is unique and owned by a wallet address. These wallets can be controlled by smart contracts, which allows users to interact with the punks and build games on top of them. You can read more about CryptoPunks on their official website or the wiki.

They were distributed for free between June, 2017 and December 2017 to anyone who wanted one. Since then they’ve sold for as much as $750,000 and have become a digital collectible phenomenon.

Sandbox is a virtual world where users can build, own and monetize their gaming experiences in the metaverse using NFTs, $SAND, the platform utility token, the VoxEdit tool or directly within the game. The Sandbox is one of the largest blockchain games with over 1 million monthly active users (MA)

Players can also trade and rent land plots to each other. In this way, it’s similar to Minecraft, but with a greater emphasis on marketplace creation and much better graphics.

Players can use our in-game VoxEdit tool to craft 3D voxel art in-browser (no download required), turning their imagination into NFTs. Players are also able to upload their own models from external software as well, such as MagicaVoxel (.vox files) or Blender (.obj).

There are a limited number of 166,464 LAND parcels in The Sandbox metaverse, which are non-fungible tokens that make up the gaming spaces where creators can build their games. There are also ASSETS (SAND ERC20), which are used to buy LAND, GAME PASSES, and ATTENTION from players (under NFT standard).

Meebits are digital collectibles that are designed to be used in games built by independent developers. The Meebits team wants to create an open ecosystem for independent developers to build games that use these NFTs as characters or items. Every time an NFT is used in one of these games, the owner gets paid royalties based on its usage in the game. If an item is popular enough it may increase in worth.

Meebits are 3D avatars for the Metaverse. Users can create their own custom Meebit or choose from the existing Meebits in the catalogue. You can change their size, position, color, animation and action. They are built on Avastar.

Meebits is the latest 3D NFT creation platform that allows users to create and sell digital collectibles. The platform offers a range of tools for users to customize their creations, including an object library and editing functions like texturing and color changing.

Sorare is a fantasy football game powered by blockchain technology and built on the Ethereum blockchain.

Players can buy, sell, and trade digital cards that represent real-world players from major soccer leagues like the English Premier League, Spanish La Liga, and German Bundesliga. They can then use their squads to compete in weekly tournaments for prizes such as Ethereum tokens or real-world soccer memorabilia.

You can trade the cards with other users or put them into fantasy football leagues. This is a really interesting idea, because it allows people to earn money from playing fantasy football. The cards also have a limited supply, which means they could become valuable as the platform grows in popularity.

Metaverses like Decentraland and Cryptovoxels are the next frontier of online communities. The community members have a strong affinity with the project and have built up the metaverse through their own time and talent.

In return, these community members are rewarded with tokens from the project and long-term value from the appreciation of their assets.

The projects themselves are working on ways to capture and sustain attention for the metaverse. This includes creating events, competitions, games or new features within the metaverse that will encourage people to spend time there.

Often times, this is done by incentivizing artists and creators to build in these projects through token rewards or creating a marketplace for creators to sell their work to other users. 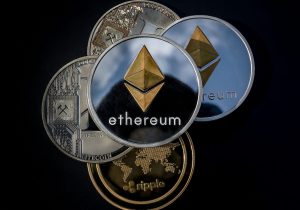 Ethereum is a digital asset that builds on the blockchain technology that underpins Bitcoin and extends its use to... 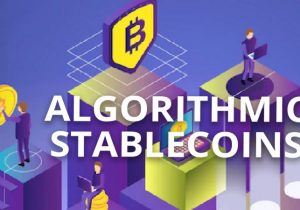 Algorithmic Stablecoins – All You Need to Know.

The idea behind algorithmic stablecoins is simple: they work by increasing their supply over time to keep up with... 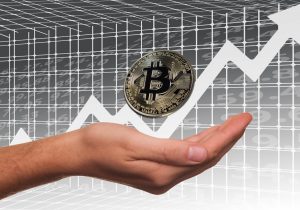 The Gochain – the green blockchain

The GoChain network is a scalable, Ethereum based smart contract blockchain that is fast, secure and...