How will Bitcoin be integrated into Retail?

The technology behind Bitcoin and blockchain are related. Bitcoin is a decentralized currency that allows peer to peer transactions. Bitcoin is the first cryptocurrency and serves as a form of digital money. Blockchain is a decentralized database that maintains a record of all transactions that take place within it by keeping an ongoing list of records, called blocks, which are linked and secured. Its true power, however, comes from its ability to decentralize information without it having to be copied – this can be applied in many different industries from voting systems to real estate title registration and more.

Blockchain is a distributed ledger system—it records data across a network of computers so that no single entity can claim ownership of it. It comprises of blocks containing timestamped transaction data. The blocks are connected in an irreversible chain by cryptographic principles.

Benefits and drawbacks Of Bitcoin in Retail

Now that we’ve reviewed the unique characteristics of blockchain and its benefits and drawbacks, let’s take a look at how it might be applied to retail.

As we understand from our discussion of blockchain thus far, it has numerous advantages over other payment processing methods on the market today. Additionally, these advantages will only increase as more people use the technology. As such, for retailers who need to process a large volume of transactions quickly and cost-effectively with minimal paperwork, investing in blockchain seems like a no-brainer.

Where blockchain doesn’t make sense is in applications where speed is not paramount or the number of parties involved does not make it worthwhile to invest in the technology. For example, if you have an ecommerce site that sells one product a day, there’s no reason to switch to blockchain; you’re better off dealing with PayPal or another inexpensive option. If you’re just trying to get something up and running without much capital investment or training your staff on something new, then maybe consider sticking with what you know. There are plenty of platforms out there that work well enough—the most important thing is getting your store started!

Now that we’ve reviewed the unique characteristics of blockchain and its benefits and drawbacks, let’s take a look at how it might be applied to retail.

As we understand from our discussion of blockchain thus far, it has numerous advantages over other payment processing methods on the market today. Additionally, these advantages will only increase as more people use the technology. As such, for retailers who need to process a large volume of transactions quickly and cost-effectively with minimal paperwork, investing in blockchain seems like a no-brainer.

You will be able to receive payments without any middleman, not even a payment processor. The customers’ payment will go straight from their wallet to your wallet, which means that you won’t have to pay any fees for the payments anymore.

This is possible thanks to the Bitcoin/blockchain technology: when a customer makes a purchase using Bitcoin, you can be 100% sure that the delivery of the product has been made (if applicable), and also that the product is as described. This means you can safely deliver your products before receiving the payment – a feature which no other online payment method offers. It also protects you from any possible fraud cases since there are no chargebacks in Bitcoin transactions. In addition, in most cases it will cost less than 1% (or nothing at all) to receive bitcoin payments into your wallet.

The power of Bitcoin/ Blockchain in retail

It is no secret that Blockchain technology is still in its infancy. That’s not to say it doesn’t offer a lot of potential for the future, but rather that its potential will be realized by further innovation. The problem with a lot of ideas that are generated by tech enthusiasts and innovators is that they often think about the technology first, before figuring out how best to apply it. This leads to a number of solutions looking for problems to solve as opposed to identifying genuine needs and then coming up with workable solutions. This can be especially true for this relatively new technology which has become somewhat of an industry buzzword in recent years.

That being said, when thinking about the role Blockchain can play in retail, we need to get away from focusing on the technology itself and instead focus on what challenges retailers are currently facing and how blockchain can help solve them.

The benefits of blockchain technology (Blockchain) are quite clear to be seen and retailers are bound to embrace it.

In the past few years, Bitcoin has taken the world by storm. But that’s not to say it has been welcomed with open arms. Many are still skeptical and quite a few others simply don’t understand how it works or how they can benefit from its use.

Amongst all of these questions and uncertainty, there is one industry that seems to have seen many benefits in implementing blockchain technology into their system: Retail. The technology allows for peer-to-peer transactions without any need for third party involvement. This makes the process extremely transparent, efficient, secure and less prone to fraud as well as reduces costs substantially.

Of course, as with any new technology, there are both pros and cons but let’s take a look at how these retailers will make use of Bitcoin and Blockchain Technology in the near future

Tracking Products from Manufacturers: Using blockchain tech, it becomes possible to know where the product came from, how much it cost, when it went on sale and any other relevant information at every point along its journey through the supply chain.

Curbing Counterfeit Goods: Blockchain can help with consumer confidence by helping them identify counterfeit goods before they make an investment in their purchase. They can easily look up whether or not a brand is selling genuine items or not based on its history on a particular blockchain platform’s transaction ledger which will be publicly available for them to review.

Loyalty and payments: No more points cards. Instead, you’re rewarded for your purchases with tokens in return each time you buy something via the app. Blockchain technology allows this to happen because it’s a decentralized database that doesn’t need a middleman to facilitate transactions between two parties. That means there will be no central authority who can process or approve transactions (like banks) or charge any transaction fees. The transaction is processed by the computer network verifying and validating every transaction made based on its consensus protocol. This leads to increased security, efficiency and transparency. It’s also nearly impossible for anyone to commit fraud because all transactions are recorded on an indelible ledger that is open for everyone to see.

Supply chain: Blockchain can make supply chains more secure by creating a tamper-proof record of all data related to a product, from where it was farmed or made, who handled it along the way and where it has been stored or shipped. This would drastically reduce fraud in food retailing which costs $40 billion per year globally according to LexisNexis Risk Solutions

In conclusion, retail has been moving toward a more online-based model for the last few years. Many, including Square CEO Jack Dorsey, believe that Bitcoin will continue to become a more viable payment method for purchases, and that this trend will help ease the transition between in-person and online purchases even further.

While there is no guarantee that Bitcoin or any other cryptocurrency will ever reach the level of ubiquity of credit cards or PayPal, there are signs that Bitcoin’s value as an investment is growing while its usage is becoming more accessible to those without a deep understanding of investing.There are still many issues surrounding price volatility, regulation, and taxation that will need to be addressed before Bitcoin becomes a viable payment method for everyday transactions.

However, with continuing growth and adoption of the currency, we can expect to see retailers integrate Bitcoin into their payment options with greater frequency. 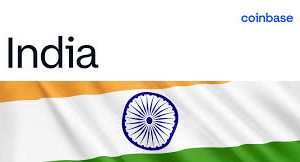 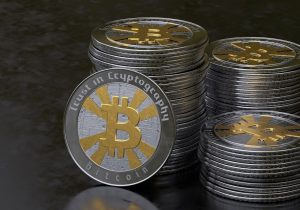 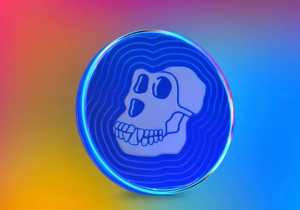 ApeCoin joins with Polygon in the midst of NFT mint controversy and conjecture Since the launch of NFTs, there have...