How Does Wall Street View Cryptocurrency and What Are Their Predictions for It?

Bitcoin’s spectacular climb since late 2020 has made it increasingly harder for skeptics to reject the extremely volatile cryptocurrency outright. Since the mysterious Satoshi Nakamoto released a nine-page paper explaining the technology in 2009, the biggest players in finance, business, and government have debated whether it’s the currency of the future, whether it’s a currency at all, a risky, unregulated asset, a gift to organized crime, or the “mother of all bubbles,” as Nouriel Roubini put it. See who the bulls and bears are, and how some have shifted their positions over time.

Cryptocurrency enthusiasts want to think that Wall Street is simply another enthusiastic investor, ready to pour money into the burgeoning crypto market and reap the same rewards that retail traders have had every time the value of cryptocurrency has surged. But that estimate falls short in two ways: first, Wall Street is already neck-deep in the cryptocurrency market; and second, Wall Street has no intention of injecting its own wealth into the unstable market.

In the bitcoin market, institutional finance has had several possibilities to profit. However, as its impact grows, the bitcoin industry is evolving into something new. Wall Street may be slowly destroying bitcoin, either purposefully or as a result of its inherent shortcomings. Bitcoin undoubtedly led the charge for cryptocurrencies, transitioning from a quirky financial system in close-knit tech groups to a topic of discussion among big financial planners. In addition to being the primary example of blockchain technology, it is now fundamentally transforming the way we see economics. In an interview with the Government Office for Science, Simon Taylor, co-founder of a blockchain venture capital fund, stated that the technology “brings us near instant asset transfer, asset movement, and security of data movement,” and that blockchain will have a similar effect on exchange as the internet did on communication.

Bitcoin has now grown in size to the point that entire countries are considering upending transaction systems that have been in place since the invention of currency itself. India and Sweden, in particular, are attempting to replicate the systems in order to become the first cashless societies in modern history. This is maybe the final proof of how important bitcoin has become.

Bitcoin’s price remains tough to predict, but a rise to $100,000 per coin is becoming a common projection. Goldman Sachs analyst Zach Pandl said in a research note to clients on Tuesday that as digital assets grow more popular, the original and most popular cryptocurrency will grab market share from gold.

According to Pandl, Bitcoin presently has an approximately 20% share of the “store of value” market. The term “store of value” in this context refers to how much gold investors possess for investment purposes, as well as how much investors own of Bitcoin. Pandl speculated that if Bitcoin’s market share increased to 50% over the following five years, its price would rise to slightly over $100,000.

The price of the original and most popular cryptocurrency continues to yo-yo at an alarming rate, and all cryptos remain dangerous and extremely speculative investments. Between April and July of 2021, Bitcoin dropped 50% of its value before rising to an all-time high of more over $68,000 in November. It eventually peaked about $47,000 per coin in 2021.

Bitcoin was up 69 percent for the year as of the end of December, which is remarkable but not quite as strong as the surge of other hot investments such as Ether (up over 400 percent) and GameStop (up over 700 percent). Crypto experts have constantly speculated on where Bitcoin’s price will go next, and some believe it will hit $100,000 sooner rather than later.

In a recent interview with Fortune magazine, Belfort stated that he expected the Bitcoin to climb by 80% from its present levels to $100,000. On Monday, Bitcoin was trading at $57,000.

He claims that the restricted quantity of bitcoin provides it an advantage over stocks since the value of equities may be manipulated by corporations issuing more shares. “Bitcoin has spoilt people,” he remarked. “Bitcoin has a limited quantity. You have an endless number of options with stocks. Belfort previously acknowledged to being a bitcoin cynic and stated that he was wrong. “When it touched $19,000 in late 2017, I appeared on a TV show and assured the audience that it was going to crash,” he explained. “I was correct at the time, but I also believed bitcoin would vanish forever.” It was difficult to sell and simple to buy, both of which lend themselves to manipulation.”

The former trader predicted that user accounts holding bitcoin in Switzerland and the Cayman Islands would be confiscated, and that the cryptocurrency will be regulated out of existence.

He feels it has a lot more opportunity to grow now that it has garnered more general acceptability.

“Bitcoin now has a considerably larger buyer base than ever before.” he said, adding that fresh investors will continue to drive up the price.

Some Wall Street Investors Share Their Predictions for Bitcoin’s Fate Over The Next Five Years.

1. Jillian Manus is a successful banking and media executive, as well as a technology investor and entrepreneur. She is the Managing Partner of Structure Capital, a venture capital firm located in Silicon Valley that invests in early-stage technological businesses.

Predictions for Bitcoin’s Future in the Next 5 Years

“Unregulated investing options, like as initial coin offerings, may be dangerous for entrepreneurs — but that doesn’t mean all bitcoin-related items are bad.”

It’s risky, terribly dangerous. On the one hand, we want to be supportive of this because it provides opportunities to spark new businesses. However, there are a lot of obligations that come with this. A lot of fraud is being perpetrated.

Initial coin offers are only one of many applications for cryptocurrencies such as bitcoin that are being tried. In exchange for their investment, investors in an initial coin offering are given a token of digital money. If an ICO is founded solely on a white paper and is only raised on that basis, it is an issue and a fraud. But, on the other side, if they have SEC filings, [due diligence] packages, and some product in which we can invest, I believe that’s an intriguing opportunity.”

2. Ric Edelman, the founder and executive chairman of Edelman Financial Services, is widely recognized as one of the industry’s finest financial advisors. He was voted the nation’s #1 Independent Financial Advisor three times by Barron’s, and Forbes magazine named him one of the country’s Top Wealth Advisors in 2017.

There is no doubt that digital money is the way of the future, and Bitcoin is now the most popular. However, the technology is still in its early stages. As a result, it is hard to predict whether Bitcoin will continue to be the coin of choice, or whether it will be replaced by another coin, maybe yet to be released. Remember that Visicalc and Lotus123 were previously the leading spreadsheet applications, but both were defeated by Excel. Even if Bitcoin survives, no one knows what each coin’s worth will be. For these reasons, anyone purchasing bitcoins should do so with the awareness that they will need to retain their coins for years and that they will eventually become worthless.

“While there are numerous hazards in the cryptocurrency field, the opportunity appears to be tremendous with ongoing technological improvements.” A multi-trillion-dollar industry for cryptocurrencies could emerge by employing decentralized computers and open-source software. Applications such as Bitcoin have the potential to establish the next generation of the internet or a decentralized world computer without the need for a third-party middleman. If there is one thing, we can all agree on, it is that the blockchain has never been hacked. What if we build on top of this secure layer?

However, this decentralized future is fraught with danger. The bulk of Bitcoin storage systems are hackable, and governments have little motivation to apprehend a criminal who is stealing digital money that they do not support. Computers are already being hacked in order to steal computing power, and cellphones may be the next target. Transactions that are publicly displayed diminish privacy and make all transactions accessible. There is also the possibility of large-scale manipulation to authorize malicious forks or to manipulate the price of a currency.

4. Jonathan Johnson is the president of Medici Ventures, an Overstock’s subsidiary that oversees a portfolio of blockchain technology and fintech businesses; including Bitt.com, PeerNova, ripio, factom, SettleMint, IdentityMind SpeedRoute, FusionIQ, Blue Ocean, Spera, and Symbiont. Johnson is in charge of continuing Medici Ventures’ efforts to pioneer growth and innovation in the use of blockchain to financial institutions and beyond.

“I believe bitcoin will become the de facto worldwide money over the next five years.” The price of a barrel of oil or the value of the Euro will no longer be quoted in US dollars, but in bitcoin (or some fraction of a bitcoin). Governments will print digital fiat money. This will hasten the acceptance of bitcoin and other cryptocurrencies. Billions of individuals who are now unbanked and hence not equal participants in the global and digital economies will transact in bitcoin and other cryptocurrencies utilizing digital wallets.”

Even while there are ways to profit in crypto, and the area has increased in popularity in recent years, the future of cryptocurrency’s connection with Wall Street and the general investing public is fraught with uncertainty. 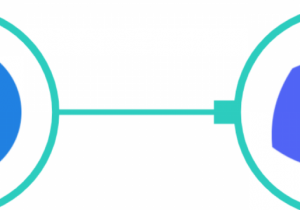 OpenSea Discord server hacked; users warned to be vigilant of phishing scams Discord is a free, secure and... 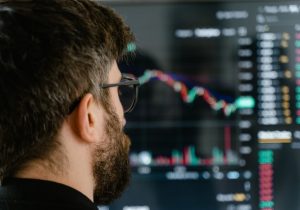 Finder's recent price vaticination report shows that a panel of specialists has prognosticated Bitcoin to rise and... 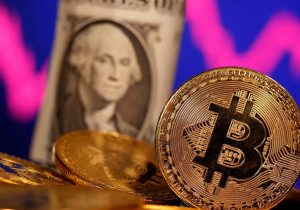 Bitcoin fights to stay over 41000 , following a low-volatility weekend....