Elon Musk, the billionaire entrepreneur, made a $43 billion  cash takeover bid to Twitter Inc (TWTR.N) on Thursday, saying the social media business needed to be taken private in order to expand and become a platform for free expression.

When questioned about his proposal, Musk, currently the second-largest stakeholder in San Francisco-based Twitter, said during a TED Talk in Vancouver, “I think it’s really essential for there to be an inclusive environment for free expression.”

Musk made the offer in a letter to the board of directors of Twitter – the microblogging network that has become a worldwide method of communication for people and international leaders – on Wednesday, and it was made public in a regulatory filing on Thursday. His offer price of $54.20 per share marks a 38% premium over Twitter’s closing on April 1, the final trading day before his 9.1% ownership in the social media company was made public.

Musk, the world’s richest person, with a fortune of $273.6 billion according to Forbes, declined an invitation to join Twitter’s board on Saturday after disclosing his stake, a move analysts said signaled his takeover intentions because a board seat would have limited his shareholding to just under 15%.

Musk hinted at a hostile bid during his TED lecture, saying, “It would be totally inexcusable not to bring this offer to a shareholder vote.”

According to a source, Twitter was examining the offer with advice from Goldman Sachs and Wilson Sonsini Goodrich & Rosati. According to the insider, the corporation was also preparing a poison pill as a precautionary step in case Musk increased his share as early as Friday.

Investors were not persuaded.

Saudi Arabia’s Prince Alwaleed bin Talal tweeted about the sale from his verified account. He described himself as one of Twitter’s “biggest and longest-term owners,” and said Musk’s offer undervalued the firm, which he rejected.

Musk, for his part, claimed on Twitter that it was his “best and last offer” and that if the board rejected it, he would reevaluate his investment.

During his TED Talk, Musk stated, “This is not a means to earn money.”

“I have a strong gut feeling that having a public platform that is maximally trusted and broadly inclusive is incredibly crucial to the future of civilization,” Musk continued.

Musk, a self-described “free speech absolutist,” has been critical of the social media site and its restrictions, and recently polled Twitter users on whether they think it adhered to the idea of free speech. More than 70% of the 2 million votes cast were negative.

Musk said after Twitter banned former President Donald Trump amid worries about encouragement of violence following his supporters’ attack on the US Capitol last year: “A lot of people are going to be really angry.”

“I’m quite dissatisfied with West Coast high tech being the de facto judge of free expression.”

Trump stated on Wednesday, before to Musk’s statement, that he “probably wouldn’t have any interest” in returning to Twitter, where he had over 88 million followers.

On Thursday, Twitter workers, some of whom were concerned about Musk’s influence on the company’s capacity to censor material, gathered for an all-hands meeting. According to a source, Chief Executive Officer Parag Agrawal reassured them that the firm was not being “kept hostage” by rumors of Musk’s attempt to acquire the company.

Musk stated that Morgan Stanley, a U.S. investment bank, was working as his financial advisor for his offer. He did not clarify how he would finance the deal if it goes through, but he did tell the TED conference audience that he “had adequate assets,” without going into further detail.

According to CFRA Research analyst Angelo Zino, Elon Musk may finance the twitter transaction through debt and the sale of Tesla stock.

Musk sold more than $15 billion in Tesla (TSLA.O) shares last year, accounting for roughly 10% of his investment in the electric vehicle producer.

Twitter’s recent lower-than-expected user additions have cast doubt on its growth prospects, especially as it pursues large projects like as audio chat rooms and newsletters.

“The main question for the Twitter board today is whether to accept a very generous offer for a firm that has been a chronic underperformer and tends to treat its consumers with apathy,” CMC Markets’ chief market analyst Michael Hewson said.

According to a source familiar with the matter, Twitter will not make a decision on Musk’s proposal on Thursday. The board is debating the boundaries of the valuation procedure, after which it will ask its experts to assess the proposal and await the findings, according to the source.

Since joining Twitter in 2009, Elon Musk has garnered over 80 million followers and has used the platform to make major announcements. Musk is constrained by a 2018 settlement with the United States Securities and Exchange Commission that requires him to receive pre-approval on some of his Twitter posts after tweeting that he had “funding secured” to take Tesla private.

“If he truly wants to take Twitter private, his previous run-ins with regulators may not be an impediment – but it may make potential financing sources wary of providing the cash for the deal – unless he is willing to pledge a large portion of his Tesla holdings to collateralize the debt,” said Howard Fischer, a partner at Moses & Singer and former senior trial counsel at the SEC.

Elon Musk’s decision also begs the issue of whether additional bids for Twitter may emerge.

“Any other bidders/consortium would be difficult to emerge, and the Twitter board will be obliged to accept this proposal and/or pursue an active process to sell Twitter,” Wedbush Securities analyst Daniel Ives wrote in a client note.

Musk recognized told the conference that success was not certain, but he intended to keep as many stockholders as the law allows in a private corporation.

When asked if there was a “Plan B” if Twitter declined the offer, Musk replied flatly: “There is.” 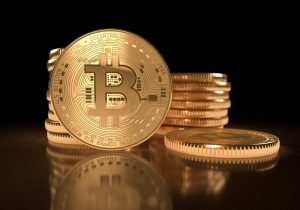 Bitcoin stock to flow: Everything you should know

What is Bitcoin? Before we bring you up to speed on everything you need to know about bitcoin stock to flow,... 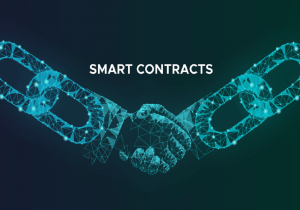 What Smart Contracts Can Do and How Does It Work?

Smart contracts are growing in popularity, tech majors such as IBM, Google and Microsoft are working on building... 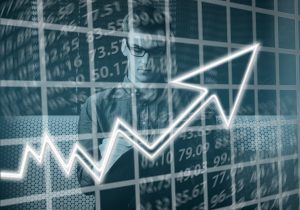 What is Bitcoin? Bitcoin is the maiden cryptocurrency, supported by the foremost blockchain. It was created in...