Newsletters
Home Guides Cryptocurrencies: What Investors Are Interested In?

Cryptocurrencies have become a hot topic in recent years, as investors are looking for new ways to make money.

But which cryptos are they most interested in especially in the US?

In the last two years, Bitcoin’s trading volume and value have accelerated rapidly.

And the globe has turned to alternative assets to protect against inflation in conventional finance.

Research reports indicated that Bitcoin is the most well-known cryptocurrency, and it’s also the one that has seen the most success.

However, there are other options out there that are gaining popularity, such as Dogecoin.

A study that looked at which cryptocurrencies are being searched for on Google Trends and search volumes in the United States.

According to the study, Dogecoin (DOGE) has the highest search volumes over nearly 50% of the states in the US looking for cryptocurrency.

Dogecoin, dubbed the industry’s original meme coin, has received a lot of media coverage as a result of Elon Musk’s and other celebrities public ‘endorsement’ of the token.

As a result of this celebrity exposure, Dogecoin’s popularity has risen dramatically.

Allowing for even more attention from short-term investors looking to cash in on the popular cryptocurrency.

In terms of trading volume, Dogecoin is presently the 12th most traded cryptocurrency.

Interestingly, the data shows that Dogecoin, a cryptocurrency that began as a joke, is the most searched for crypto in the US.

This is likely due to the recent increase in its value, which has made it more attractive to investors.

However, it is important to note that Dogecoin is still a very volatile asset and should be approached with caution.

Surprisingly, Bitcoin which has been the most popular cryptocurrencies in the world since its launch in 2009, came second.

Ethereum (ETH) is in third place as the most researched cryptocurrency in the United States.

Sitting at the top as the most searched cryptocurrency in eight of the states across America’s South-Eastern regions.

The states of Georgia, Louisiana, Virginia, and Ohio are interested in Ethereum and looking for second-leading cryptocurrencies and top altcoins on the market.

Ethereum’s popularity is due to the unique features that make it different from other cryptos on the market.

These features include smart contracts and decentralized apps, which have attracted a wide range of developers and businesses to build on the Ethereum network.

Altcoins Reigning In The US

Shiba Inu (SHIB), Dogecoin’s top memecoin competitior, was introduced in August of 2020 and has quickly risen in trading volume on the market.

Shiba Inu is presently the 15th most traded token on the market, with a dramatic increase in 2021 around the same time that Musk’s support caused Dogecoin to receive a lot of attention.

With Shiba Inu being the fourth most-searched coin in the United States.

Shiba Inu has been particularly popular among people in New York and California, who are trendsetters in terms of innovation and technology.

Cardano (ADA) was most Googled in Colorado. Charles Hoskinson, the founder of Cardano, shuttles between Zug and Boulder in Colorado.

With a wealth of influence in the market as a Colorado-based tech entrepreneur and is well-known for his work in launching Ethereum and commands large followership.

This may encourage investors and tech enthusiasts to look into Cardano, which is presently ranked No. 9 among global cryptocurrencies by trading volume.

Dogecoin is a newer option that has been getting a lot of attention from investors. It’s based on the popular “doge” meme, and it has a Shiba Inu dog as its mascot.

While it’s not as popular as Bitcoin, it’s still a favorite option for those looking to invest in cryptocurrencies. 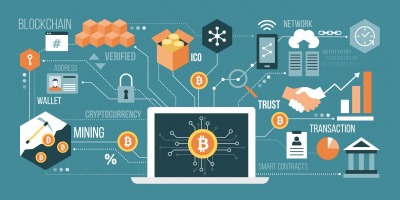