Coinbase said it would now support only crypto-to-crypto conversion in India.

It also said that it had “no plans to launch fiat-to-crypto trading”.

The platform had launched UPI payments for its customers in the country on 6 May.

Cryptocurrency exchanges allow people to buy and sell virtual currencies such as Bitcoin and Ethereum, which are not backed by a central bank or any government.

India’s central bank, the Reserve Bank of India (RBI), banned regulated entities – such as banks – from dealing with cryptocurrencies in April 2018.

Since then, several cryptocurrency exchanges have come up, including Unocoin, Zebpay and Koinex, but they are mostly used by traders based in other countries, who send money across borders to buy and sell crypto in India, according to industry executives and brokers familiar with the matter. “In terms of volume of transactions, it’s insignificant,” said Aneesh Kumar, an analyst at online brokerage company Zerodha Securities Ltd, adding that most users were based abroad.

Coinbase, the largest cryptocurrency exchange in the United States, has suspended crypto payments in India just days after launching its services in the nation.

This Thursday, the corporation chose to halt UPI, or the universal payments interface, which is a government-regulated payment system.

Indian clients attempting to acquire cryptocurrencies on the U.S. crypto exchange Coinbase are out of luck, and are resorting to Twitter to express their displeasure after receiving information that payments via the Unified Payments Interface (UPI) are now unavailable.

Coinbase shares fell 2.5 percent in pre-market trading on Monday as a result of the ban, which

Coinbase launched in India on Thursday, although its UPI is handled by the National Payments Corporation of India (NPCI), a branch of the country’s central bank.

The NPCI tweeted on the day Coinbase launched that it was “not aware of any crypto exchange using UPI.”

According to Reuters, the South Asian country’s cryptocurrency sector is worth around $5.37 billion, or 400 billion rupees.

According to Chainalysis’ 2021 Global Crypto Adoption Index, India has one of the world’s highest rates of cryptocurrency investment.

After Vietnam, India has the highest number of crypto users: more than 100 million Indians invest in crypto, according to one estimate by TripleA, a Singaporean crypto fintech startup.

United Payments Interface (UPI) on its platform for Indian users, just three days after its launch in the South Asian subcontinent.

For Indian consumers, the exchange has already changed its payment method information on its website, urging them to use Immediate Payment Service (IMP) to make sell orders.

The National Payments Corporation of India (NPCI) is a special subsidiary of the Reserve Bank of India (RBI) that reports to the Ministry of Finance.

Coinbase has removed support for the UPI payments instrument from its app in India, rendering its namesake exchange inoperable for any buy orders less than four days after introducing the trading facility in the world’s second-largest internet market.

When users in India try to buy any of the tokens featured on the Coinbase app, they are told that the UPI payment option is “temporarily unavailable.”

According to users, testing, and the company’s own help website, the app encourages users to try another payment method, although it presently does not allow any other payment option for purchases in the nation.

The action comes in response to an unusual remark issued by the National Payments Corporation of India, the regulating body that controls UPI.

Even after Coinbase announced the launch of its services, the NPCI said in a statement on Thursday that it did not recognize the legal status of any crypto exchanges using the RBI’s United Payments Interface (UPI).

The country’s UPI regulating body, which stated hours after Coinbase’s India debut earlier this week that it was not aware of any crypto exchange using the UPI payments mechanism.

Later that day, Coinbase issued a statement saying it was dedicated to cooperating with the NPCI and other relevant authorities and that it was experimenting with different payment options.

On Thursday, TechCrunch asked Coinbase if it expected to continue supporting UPI payments as it worked with different authorities.

The corporation did not respond to the inquiry.

The motive for the suspension might have come from this remark:

“With regard to various media stories about the purchase of cryptocurrency through UPI, the National Payments Corporation of India would like to clarify that we are not aware of any such transactionsor cognizant of any cryptocurrency exchanges that use UPI.”

The abrupt interruption of service does not appear to have irritated Indian Coinbase users.

Aditya Singh, co-founder of the Crypto India YouTube channel, tweeted on Monday to his 210,000

followers, “This is not new, Indian exchanges have also been having payment service difficulties since 2018.”

But at this time, Indian crypto traders are probably used to the inconsistency of trading service accessibility.

The Indian government has failed to develop a viable legislative framework for cryptocurrency, as market players have witnessed multiple instances since last year where crypto seemed to be prohibited in the country.

However, no such ban has yet materialized since the nation put a 30% tax on cryptocurrency trading on March 31, which is identical to its gaming tax.

Related: The state of Web3: The community discusses opportunities all across the world

Coinbase Ventures, the company’s investment arm, said last month that it will invest $1 million in the Indian crypto and Web3 businesses. The fate of such initiatives does not appear to be jeopardized as a result of the exchange’s service stoppage.

The statement from the payments authority, a branch of India’s central bank, emphasized why other cryptocurrency exchanges in India have struggled to implement UPI, the most common way Indians transact online.

Although cryptocurrency is not prohibited in the South Asian market, the Reserve Bank of India maintains that virtual digital assets require further investigation.

The Supreme Court of India overturned the Reserve Bank of India’s prohibition on cryptocurrency more than two years ago, but banks, for the most part, continue to stand with the central bank.

According to the NPCI’s statement, UPI is still a no-go for crypto in India.

The argument occurs at a time when India’s new law on taxing cryptocurrency revenue at 30% has gone into force.

On the one hand, India appears to be legitimizing cryptocurrency, yet the country’s financial institutions are still playing hard to get.

Coinbase’s entrance in India earlier this week aimed to reinforce the company’s foothold in the country, where it employs over 300 employees and is an active investor in numerous local crypto businesses, including the two main local exchanges, CoinSwitch Kuber and CoinDCX.

was making a long-term bet on India and planned to more than treble its staff in the nation to 1,000

FTX, a quite junior crypto exchange and a growing competitor to Coinbase, has also begun to extend its footprint in India.

According to a person familiar with the situation, the company’s investment arm is working with

a few firms in the nation.

According to TechCrunch, it is also in discussions to invest in the Indian fantasy sports company MPL.

“With reference to the recent media stories about the purchase of Cryptocurrencies using UPI, National Payments Corporation of India would like to clarify that we are not aware of any crypto exchange utilizing UPI,” the NPCI stated in a statement.

On April 9, Coinbase responded to NPCI’s public announcement, saying, “We are aware of the recent statement released by NPCI addressing the usage of UPI by cryptocurrency exchanges.”

We are dedicated to collaborating with the NPCI and other relevant authorities to ensure that we meet local standards and industry regulations.”

In India, cryptocurrency exchanges have had payment challenges since the Reserve Bank of India (RBI) prohibited banks from enabling such transactions in 2018.

Despite the fact that the prohibition was overturned by the Supreme Court two years later, banks are still reluctant to execute cryptocurrency-related transactions.

According to Moneycontrol, bank transfers are now used in only a few trades.

“Even after the new taxation regime was established, there is an unspoken rule for payment aggregators to avoid crypto exchanges.”

“Almost all of our members are avoiding powering exchanges,” Vishwas Patel, head of the Payments Council of India, told The Economic Times.

According to Patel, these exchangers have been quick to use their IDs,Changing them expertly when an older one becomes blocked.

The long-term strategy of Coinbase in India

Coinbase entered India at the time that its regressive tax system took effect on April 1.

The proposed 1% TDS, as well as a flat 30% tax on revenue from crypto and other virtual digital assets, are likely to stifle the appeal of virtual tokens.

Coinbase, on the other hand, has a two-decade time horizon.

Through its investment arm Coinbase Ventures, it has invested $150 million in two unicorn crypto exchanges, CoinSwitch and CoinDCX.

Our dedication is long-term.

It’s going to be a lengthy road trip.

“We want to be modest, courteous, and provide the technology in a trustworthy way,” said Surojit Chatterjee, Coinbase’s chief product officer explained on April 7th,

The business has been testing a UPI deployment on a small number of consumers.

Its CEO, Brian Armstrong, has stated that the company wants to hire 1,000 workers in India this year, in addition to the 300 full-time employees already on the payroll.

Coinbase stated that it is “dedicated to working” with India’s retail payments and settlements umbrella group “to ensure we are aligned with local expectations and industry practices.”

According to the company’s website, only crypto-to-crypto transactions are available in India.

The blunder highlighted the difficulties that crypto firms confront as they seek to expand their worldwide reach.

According to Logan Allin, managing partner of Fin Venture Capital, “different countries have varying levels of development and attitudes on digital assets.” However, fintech businesses, particularly crypto firms, have been known to grow into other countries without first ensuring compliance with rules.

“Digital asset exchanges like Coinbase have continued to pursue the strategy of requesting forgiveness rather than permission, which is not a viable paradigm on a global scale,” Allin told Protocol.

Many crypto enterprises are dealing with governments that “have chosen a cautious and conservative tone with very little prescription and regulatory clarity, producing extra uncertainty and foot problems at the corporate level.”

Coinbase places a high value on India. The firm has been rapidly expanding in a country famed for

I believe cryptocurrency has a bright future in our country.

We’re thrilled to be a part of shaping that future.”

Coinbase’s worldwide recruiting drive isn’t confined to India; the company is looking for country leaders and regional managing directors all around the world.

“Relationships and proximity,” according to Moor Strategy & Insights analyst Melody Brue, could help the company traverse India’s system, and the same is true elsewhere. It isn’t magic.

A Currency Crisis is on the Horizon: We Need a New Model

A Currency Crisis is on the Horizon: We Need a New ModelThe world economy is on the verge... 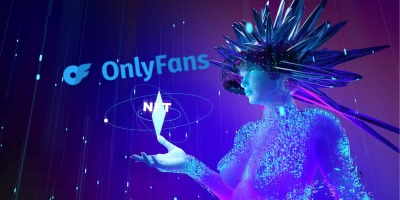 How Blockchain Can Be Sensual in the Digital Age (and Safe)

The year is 2030, and sex work in the metaverse is thriving. On an ever-expanding menu of virtual...