Bitget, a cryptocurrency exchange platform used by people all over the world, will remain partnered with Juventus FC. Bitget will be the team’s Official Sleeve Partner starting from season 2022-2023. As mentioned in a press statement that was shared with Coin Journal.

Bitget partnered with the leading football club in September 2021. The collaboration is part of Bitget’s globalization strategy. The company wants to use the partnership to enter new markets and consolidate its presence in Europe.

The new agreement will see Bitget’s logo appear on the club’s shirt sleeves during the next two seasons. The cryptocurrency exchange will also have a presence at the Allianz Stadium, Juventus’ home ground.

Bitget, the focal point of social trading globally, became the first Juventus Sleeve Partner the first ever. A move that gave them even more exposure due to Juventus’ worldwide appeal.

The Italian giants are one of the most popular football clubs in the world. They have a fan base of over 400 million people.

The deal will see Bitget’s logo appear on the club’s shirt sleeves during the next two seasons. The cryptocurrency exchange will also have a presence at the Allianz Stadium, Juventus’ home ground.

Juventus is one of the most popular football clubs in the world with a fan base of over 400 million people.

The new agreement between Bitget and Juventus will help Bitget to raise its profile and enter new markets. Thanks to Juventus’ impressive global reach, Bitget will benefit from increased brand awareness and exposure.

“It’s a pleasure to be Juventus’ Official Sleeve Partner for another year. We’ve found the deal to be very beneficial, both in terms of enhancing our engagement in the sports sector and rewarding us handsomely. The football club’s excellent reputation and rising popularity are acknowledged with gratitude. We are confident that those assets will assist the exchange to reach more individuals by further spreading its message.”

“We’re thrilled to continue our partnership with Bitget. They have shown their dedication to the team time and time again, and they will be featured on the club’s left sleeve next season. With them by our side during each match, we’re confident that we’ll see even more success in the future.”

Bitget is a Singapore-based cryptocurrency exchange established in 2018. The company focuses on providing users with a safe and convenient platform for buying and selling cryptocurrencies. Bitget also has a mobile app that allows users to trade on the go.

The partnership between Juventus and Bitget is a perfect match. As both parties are committed to providing users with a safe and convenient way to buy and sell cryptocurrencies.

With this partnership, football fans will now be able to show their support for their favorite team. By purchasing Juventus tokens on the Bitget platform. This will help the team reach more people and share its vision with them.

The club was established in 1897 by a band of Torinese students. They have donned a white and black lined home jersey since 1903. The club had played several home matches on different grounds around its city, the recent being the 41,507-seater Allianz Stadium.

The club has won 34 official league titles, 13 Coppa Italia trophies, and eight Supercoppa Italiana medals. The record for all of these competitions belongs to them. They have won two Intercontinental Cups, three European Cups/Champions Leagues, and one European Super Cup. 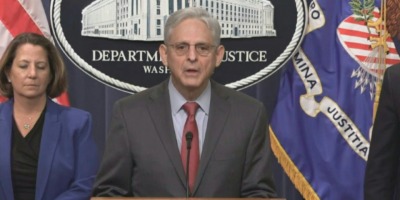