Bitcoin has Sustained a Sudden Rise to $47k

Bitcoin, the world’s largest cryptocurrency by market size, has finally reversed its losses and gone positive for the first time this year. Prominent currencies like as Ether (ETH) and Cardano (ADA) continued to rise over the weekend, with Bitcoin (BTC) breaking beyond $47,000 on Monday.

Bitcoin continued gains following a late-Sunday surge, when the cryptocurrency pushed beyond the $45,000 barrier and reversed its losses for 2022. According to Coin Metrics, it recently traded 6.7 percent higherat $47,914.35.

It was trading above $48,000 earlier in the dayfor the first time since December 31. Since Friday, the digital currency has risen about 7%. Bitcoin was able to maintain its steam, rising to a record of $48,086.84 before falling marginally. According to Coinmarketcap, BTC was trading at 47,558.58 at the time of writing.

This is the very first instance BTC has achieved a positive year-to-date gain. According to Barrons, Bitcoin, which was selling at $46,000 at the end of 2021, fell for the majority of 2022 and lost about a quarter of its value when it was just above $35,000 at one point.

BTC (Bitcoin) remained over $47,000 during European hours on Monday, following a jump from Sunday’s $44,700 level, resulting in a larger rebound and a 5.4 percent boost, or $100 billion to the entire capitalization of the crypto markets in the previous 24 hours.

Some funders linked bitcoin’s spike to the Luna Foundation Guard’s demand (LFG). The LFG plans to amass $3 billion in bitcoin as a reserve for TerraUSD (UST), a stablecoin tethered to the US dollar, and has acquired $125 million in the commodity numerous times in the last week.

After more than two weeks of being flat, leading cryptocurrencies showed signs of life. Solana’s SOL token increased by up to 14 percent, while Shiba Inu’s SHIB and Polkadot’s DOT tokens also increased. According to statistics, SOL reached a monthly high of $110, while SHIB came close to reaching a monthly high of $0.00002788.

SOL may see resistance at $120 Compared to Bitcoin

A rise in SOL prices made it expensive for traders wagering against increased asset values. Data suggest that approximately $30 million was liquidated on SOL-tracked futures. Bitcoin futures lost the most money, $172 million, out of all cryptocurrencies, with ether futures coming in second with $139 million.

The losses tallied up to approximately $455 million in total crypto market liquidations. When a trader lacks the capital to keep a leveraged deal open, he or she must liquidate. According to traders, the next goal price for bitcoin is $50,000.

Analysts warned against exuberance about bitcoin, citing mood signs that signaled a drop was possible. It’s possible that a correction is on the way.

“The Crypto Fear and Greed index has crossed 60, which is categorised as Greed – the last time it reached this level Bitcoin was about $60,000,” Marcus Sotiriou, analyst at crypto broker Global

Block, stated in an email to CoinDesk. The fear and greed index measures investor emotion, with “greed” levels indicating a high likelihood of an impending downturn and “fear” readings indicating an upswing phase. Sotiriou, on the other hand, believes that prices will skyrocket in the following days.

“Bitcoin is experiencing severe resistance, but if it can stay above $46,000 (approximately the annual open) for many days, I foresee a rise to $52,000, which is the next important resistance,” he said in a statement. Bitcoin may see selling pressure above $48,000.  Several other experts have forecasted similar bitcoin price estimates.

“A continuation of the present upward trajectory might bring the price of BTC beyond $50,000 by the end of the week and between $50,000 and $55,000 by midApril,” said Alexander Mamasidikov, cofounder of mobile digital bank MinePlex, in a Telegram message.

“It might be an indication that markets are recovering from the first shock of the Ukraine war,” he said on Telegram. Bitcoin will decouple from the tech stock markets and function as a digital gold hedge in an inflationary scenario. The initial target is $50,000.”

Crypto entrepreneurs such as Zupan are reverting to significantly greater forecasts for bitcoin’s future pricing. “Regardless of the geopolitical scenario,” he continued, “I wouldn’t be shocked if we exceed        100,000 by the end of the year.”

The price of bitcoin increased on Monday as a result of a spate of encouraging news for the cryptocurrency, even as investors continue to monitor developments in Ukraine and Federal Reserve activities.

“By maintaining within range, crypto has demonstrated its endurance and relevance over the previous six months, even as substantial macroeconomic headwinds have disturbed traditional markets. Crypto is now center stage, with its greatest potential to shine,” said Chris Kline, chief operating officer and co-founder of Bitcoin IRA, on CNBC’s “Crypto World.”

“Crypto is not trading in a vacuum,” he stressed. “Geopolitical instability, inflation, and the real possibility of a recession is providing both retail and institutional investors incentive to construct a defensive strategy. Crypto plays a critical part in that plan.”

While there hasn’t been a single trigger for the changes, there have been several. In the last week alone, there have been many encouraging occurrences for bitcoin, indicating institutional interest for increased exposure to the digital asset.

“The continued capital infusion into the digital currency is a hint that investors do not want to sit out a price movement that might bring bitcoin to levels not seen since November 2021,” said Alexander Mamasidikov, co-founder of the mobile digital bank MinePlex.

Terra is the network that powers the Luna token, is also developing a $10 billion bitcoin reserve fund for its TUSD stable coin. It has been purchasing additional bitcoin for it every day, including more than $100 million on Monday.

According to Yuya Hasegawa, crypto market analyst at Japanese bitcoin exchange Bitbank, the bitcoin futures market was accumulating short positions while the price fluctuated below $40,000, resulting in around $71 million in liquidations on Sunday.

“From a technical standpoint, bitcoin has broken out of an ascending triangle, indicating an upward trend, and will most likely continue to gain in the short term,” he added.

He said that the market should continue with prudence ahead of the Personal Consumption Expenditures report and the jobs data later this week, warning that the findings might lead to a decline in the market, emphasizing that the outcomes might result in a 50-basis point rate rise at the next FOMC Meeting.

Last week, Fed Chair Jerome Powell promised to be tough on inflation and suggested rate hikes may become more aggressive if needed. Data from Bitcoin’s Mayer Multiple reveals low risk/return circumstances at the moment, but macroeconomic concerns continue to be a source of concern for long-term optimism.

Bitcoin (BTC) is aiming to regain a major longterm moving average, but one statistic suggests that the time to purchase is before, not after. On March 29, onchain monitoring resource Ecoinometrics targeted a traditional entry for BTC/USD as indicated by the Mayer Multiple in a series of tweets.

Some significant moving averages have also shifted to the bulls, and while the trend is not yet conclusive, there is growing hope that Bitcoin might potentially test November’s all-time highs as a result.

Meanwhile, the 200day moving average (DMA), which is now at $48,300 and has only been touched in the last 24 hours, is next in line. The 200DMA is an important component of the Mayer Multiple statistic, which examines spot price ratio to it to identify potentially successful market entry chances.

A Multiple score of less than 2.4 usually indicates favorable long-term returns for investors. Bitcoin’s trend has reversed since it bottomed in January at roughly 0.76, and as of Tuesday — nearly exactly at the 200MA — it has a Mayer Multiple scores of 0.98.

“That’s a decent moment to purchase,” Ecoinometrics stated in comments, adding that even if a breakout from the 200DMA turns out to be a bull trap, losses have traditionally been “modest.” So, despite the fact that the macro background isn’t looking good, this is a buy,” a subsequent article said.

“When it comes to these asymmetric return techniques, you have to be methodical. Over the weekend,” Bitcoin IRA co-founder and COO Chris Kline told CNBC Crypto World, “it [Bitcoin] shattered its $45,000 ceiling that it had been bouncing up against for a long time.”

“There are a variety of factors driving it, including geopolitical tensions, institutional waves of acceptance, and inflation. You have non-transitory inflation that is having an effect.”

Despite the recent surge, Kline cautioned of impending turbulence. “Volatility is nothing new in the digital currency or crypto area, so there will be a lot of movement,” he continued.

“There will be a lot of economic data coming out this week, particularly for stocks.” The executive also predicts that cryptocurrency values would eventually diverge from those of stocks.

“What people may be talking about in 2022 is a decoupling of stocks and cryptocurrencies,” he continued.”They’ve been operating in tandem for a few months, and this might be the start of a divergence between the two. Bitcoin’s on-chain measures, which have showed longterm holders gaining in recent months are encouraging.

“GlobalBlock analyst Marcus Sotiriou stated that are finally proving to be correct. With all macro challenges priced in for the short term, we are now witnessing some much-needed respite.” Ether (ETH) gained ground over the weekend as well.

According to Coindesk statistics, the cryptocurrency was trading at $3,377.37 at the time of writing. In his annual investor letter, BlackRock CEO Larry Fink stated that the Russia-Ukraine conflict might accelerate the usage of cryptocurrency. “Cryptos will transform how the world runs,” said Oanda analyst Edward Moya. “It appears that with BlackRock studying the possibilities, many investors will want to get ahead of the next rush into cryptos.” 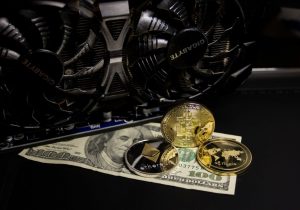 Where are the cheapest countries to mine bitcoin

Are you seriously considering dusting your ASIC miners, especially now that the price of bitcoin has skyrocketed?... 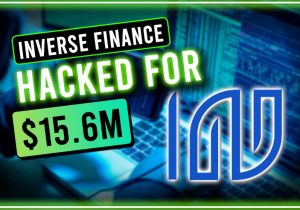 The DeFi lender Inverse Finance alleged that it had been exploited for a sum of $15.6 million worth of DAI and USDC in... 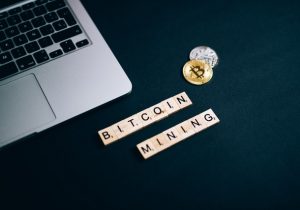