The number one cryptocurrency by market cap, Bitcoin traded sideways on Thursday as buyers looked to be taking a breather close to the psychological $40,000 resistance level. In terms of weekly performance, Bitcoin is up 23% over the last week, a move that was spurred by improving sentiment and short covering.

While the current resurgence is a welcome development, many analysts expect the number one digital currency to remain range-bound for some time as the current rally cools off a bit.

Speaking on the recent positive move in the crypto market this week, QCP Capital said, “Our sense is that the market will keep looking to trade within this $30K-$40K range in the near term,” “Into Friday’s month-end expiry, we expect $40K-$42K to hold as the open interest peaks here.”

In an email to CoinDesk, Jeffery Wang, head of Americas at Amber Group, had this to say, “Price levels to consider are the $40,000 psychological price level, and $44,000, which is the next resistance level BTC saw when Tesla announced they would accept BTC as payment back in February,”

As per the Bitcoin options market, Pankaj Balani, CEO of Delta Exchange, stated that there isn’t so much open interest between the $45,000 and $50,000 strikes for the August expiry. He further added that he expects to see sharp moves here.

Paxos announces more investors: On Thursday, Paxos announced the Bank of America, Coinbase Ventures and crypto exchange FTX as some of the heavyweights behind the company’s $300 million Series D funding. While OAK HC/FT led the funding round, companies like PayPal Ventures and Mithril Capital are also included in the round. As it stands, Paxos has been able to raise over $540 million over multiple funding rounds.

FET Volatility: Fetch.ai’s native token has experienced a roller coaster run since it was listed on Coinbase over the last 24 hours. This isn’t unusual, especially for a coin that is listed on the world’s best exchanges. Despite the uptick in price which is very common when a coin is listed on an exchange, we have seen the buying pressure cool off as speculative traders look to cash in on the hype.

Bearish sentiment on AXS: While AXS has seen a whopping 7,000% uptick year to date, many traders have taken a bearish position. According to the head of research at London-based quantitative finance management firm Synergia Capital, “The euphoric-herd mentality pushed the valuation to extremes, and as with any overcrowded trade, once the unwind takes place, the price swings will be extremely volatile,” “The problem is market timing – timing the top of the market – is notoriously difficult” he added.

Ethereums Enterprise play: As the number two cryptocurrency by market cap celebrates its sixth anniversary, co-founder and CEO of ConsenSys Joe Lubin has stated that the convergence between Ethereum public mainnet and the corporate version of the technology is inching closer than ever before. This is amazing news even as the community continues to anticipate the launch of Ethereum 2.0. 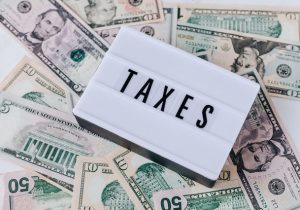 Figuring out how to Pay Capital Gains Tax on your Crypto

If you purchased bitcoin before the price skyrocketed, then there’s a good chance you may owe taxes on your... 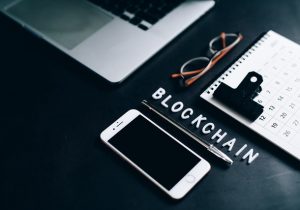 Web3 Is The Future And It Will Change The Blockchain

The internet has changed the way we do business. It has made it easier for people to communicate and collaborate with...