Bitcoin mining is the next big thing. But without the right tools, it becomes challenging to make a profit. Here comes AI-powered trading apps that makes it easy to make money while you sleep.

The Bitcoin market has been in a constant state of evolution since its inception. The currency has seen it all; from the rise and fall of countless companies, to the introduction of new regulations, and the creation of new cryptocurrencies, Bitcoin has shown resilience in the face of adversity.

One thing that hasn’t changed over time is the value people place on Bitcoin. Since its invention, Bitcoin has become a popular digital asset for investors looking to diversify their portfolio.

Bitcoin is created and exchanged without the involvement of banks or governments. It is well known that Bitcoin transactions are recorded in a public ledger called Blockchain.

In 2009, when Satoshi Nakamoto launched Bitcoin, he also released the software that anyone could use to participate in the network. This software used computing power to verify transactions, and was rewarded with Bitcoins. This process is called mining.

The mining process involves adding Bitcoin transaction data to Bitcoin’s global public ledger of past transactions. Each group of these transactions is referred to as a block. Every node (computer connected to the Bitcoin network using a client that performs the task of validating and relaying transactions) gets a copy of the blockchain, which gets downloaded automatically upon joining the Bitcoin network.

The artificial intelligence (AI) sector has seen major growth over the past few years. The technology is being used in a number of different avenues, including the cryptocurrency mining industry.

Cryptocurrency mining is a highly competitive world. In order to succeed, miners must use the most sophisticated and powerful hardware available to stay ahead of their competition. Now, many miners are turning to AI technology in order to get an edge on the competition.

Using AI algorithms, miners can make more intuitive decisions when choosing which cryptocurrencies to mine. They can also manage how much power they are using and make changes based on real-time data.

In general, AI algorithms can be used in three different ways: to control power consumption; to analyze current market conditions; and to determine which cryptocurrencies to mine.

Bitcoin mining is the backbone of the Bitcoin network. Miners provide security and confirm Bitcoin transactions. Without Bitcoin miners, the network would be attacked and dysfunctional.

However, bitcoin mining has become increasingly specialized over the years and is nowadays mostly done by dedicated professionals with specialized hardware, cheap electricity and often big data centers.

The process of confirming a transaction and adding it to a block of transactions on the blockchain is called mining because there is a reward of newly created Bitcoin for the confirmed block. This reward shifts over time per Bitcoin’s programming, eventually amounting to zero, where no new Bitcoin will be created.

This follows from Bitcoin’s issuance as specified in its code: “The Coinbase reward for each block shall be 12.5 bitcoins.” The halving events are scheduled to occur every 210,000 blocks. Once a halving event occurs, the reward will be cut in half. As such, each halving has taken roughly four years with the last one happening in 2016, resulting in the current reward of 12.5 Bitcoins per block mined.

As the price of bitcoin climbs higher traders called bitcoin whales and large mining pools trading millions of dollars’ worth of bitcoin have turned to artificial intelligence (AI) bots for help.

Trading bots are software programs that talk directly to financial exchanges, and place buy and sell orders on your behalf. Bots can be programmed to be predictive or reactive, or a combination of both, using these combined algorithms, it said, allowing for short-term trades and long-term investment strategies.

The AI-based bot allows users to start trading in less than five minutes and it takes care of everything from there. The bot analyzes the market and makes predictions on how certain cryptocurrencies will behave in the future. It then places orders on behalf of the user.

It is one thing to make a prediction on what will happen tomorrow with the price of bitcoin, but it’s a whole other thing to actually act on that prediction by buying or selling bitcoin as close as possible to that predicted price.

Machine learning has gained a lot of popularity in the recent years because of its ability to learn patterns and features without being programmed explicitly.

In the cryptocurrency world, where massive amounts of data are generated every second, machine learning can be very valuable for miners and traders. Machine learning is the process of using algorithms for data analysis that can learn from and make predictions on data. It’s a form of artificial intelligence, which means a computer program can perform tasks that usually require human intelligence. The most common type of machine learning is called supervised learning, which uses labeled training data to teach an algorithm about statistical relationships between inputs and outputs.

For example, if we had a dataset containing the prices of several different cryptocurrencies over time, we could use supervised machine learning to train an algorithm to predict the price of Bitcoin. After training the algorithm, we could use it to make predictions on any cryptocurrency at any point in time.

Machine learning is increasingly being used in the cryptocurrency industry as it becomes more competitive, with early adopters seeing the benefits.

Cryptocurrency mining has become increasingly competitive in recent years, making it harder for those without a lot of resources to get involved. The tendency of some miners to form pools and use powerful hardware has meant that ordinary people without access to these assets are at a significant disadvantage.

Last year, the cryptocurrency industry saw a huge increase in popularity. The crypto market generated record-breaking amounts of money and the blockchain technology behind it began to be used by businesses in several different industries.

However, cryptocurrency mining has become more difficult and the profitability of mining has declined. To remain profitable, miners need to boost their productivity. This is where machine learning (ML) comes into play.

In essence, machine learning is a subset of artificial intelligence (AI) that focuses on teaching machines how to learn from data. It can be used to analyze large amounts of data and find patterns or correlations between them without explicit programming.

This makes it very useful for cryptocurrency miners and traders because they often have to make decisions based on large volumes of information, such as prices or transaction histories. Machine learning algorithms can help them optimize their strategies and improve their productivity when it comes to mining or trading cryptocurrencies.

Machine learning algorithms can also be used for automatic trading, which means that they can buy or sell cryptocurrencies when certain metrics are met. This is extremely useful because it reduces human error during transactions and allows miners or traders to spend less time on routine tasks while achieving better results at the same time.

Artificial intelligence is the future. At least that’s what the world’s biggest tech companies would have us believe. Now, a growing number of businesses want to profit from the buzz by making chips specifically designed to run AI tasks, and they’re also looking for ways to get more people to use them.

Startups like Graphcore, Wave Computing, and Cerebras Systems are trying to make AI chips that work better and faster than those made by their more established competitors — Intel and Nvidia — which are also working on their own specialized silicon. But some of these companies are also hoping that they can find other uses for their chips, too. Graphcore, which has raised over $300 million in funding from investors including Sequoia Capital and BMW, is among those targeting bitcoin miners.

Bitmain, whose bitcoin mining rigs generate $4 billion in annual revenue, is working on a new processor dedicated specifically to artificial intelligence applications, according to a report by Chinese publication Tencent Technology. The chip would give Bitmain access to an entirely new market—one that is growing at an exponential rate.

The company’s co-founder and CEO, Jihan Wu, told Tencent the new chip will be designed for use in autonomous driving and surveillance applications. The move comes amid a downturn in the crypto mining industry as the price of Bitcoin has fallen by more than 50% since December.

Bitcoin mining companies are pivoting their operations from the cryptocurrency to the artificial intelligence (AI) market, as demand for chips designed to run machine-learning algorithms is surging.

Shares of NASDAQ-listed Ebang International, one of the world’s largest cryptocurrency mining rig manufacturers, have skyrocketed since July when the company announced its foray into AI. Ebang said it would be producing “chip solutions” for machine-learning applications in autonomous driving, smart cities, and medical treatment.

In addition to Ebang, Shenzhen-based Bitmain Technologies Ltd., a top producer of cryptocurrency mining rigs, has also announced its plan to develop specialized chips for AI and Internet of Things applications.

In China, these companies are not alone. A number of startups are exploring ways to apply AI technology to the cryptocurrency mining process itself. According to Chinese tech media outlet iyiou, Beijing-based DeepBrain Chain, a decentralized artificial intelligence computing platform that uses blockchain technology, is developing an AI chip capable of processing more than 50 trillion operations per second. The chip will be used by miners to process transactions on the DeepBrain Chain network.

There is a “shake out” happening in the industry right now as companies try to differentiate themselves and find new ways to make money as mining gets more competitive following the sharp drop in cryptocurrency prices this year, said David Kanter, president of Real-World Technologies and a veteran semiconductor industry analyst.

While some bitcoin mining companies are looking to AI chips to help their business grow, others are pivoting away from mining altogether.

AI comes to the miners’ rescue

Mining companies have the technological competence as well as the financial resources to shift their focus to AI chip manufacturing. AI chips, like mining chips, specialize in performing millions of computations per second to run mining software. This creates a new revenue source for established companies such as Bitmain and Ebang.

“The study team believes that AI chips have broad potential and that they have a high degree of design and production overlap with mining machine chips,” according to the paper.

It went on to say that “the knowledge of mining machine makers in mining machine chips may also be swiftly translated to the field of AI chips.” As a result, AI chips are destined to become a struggle for mining companies.”

Bitmain is among the first to hop on the AI bandwagon in 2018. Four years later, Jihan Wu, the creator of Bitmain, appears to have made a wise decision, since Ebang and Canaan have followed suit.

We believe that the computer vision market is primed for great development, both in terms of unit volume and performance needs. This is why efforts should be shifted away from bitcoin mining and into AI, particularly the AI chip market.

Bitcoin values have plummeted over the last year and are now less than half of their previous highs. While we remain confident on Bitcoin’s long-term value proposition, the price rises are insufficient to counterbalance the shift towards AI.

Machine Learning Could Be Important in the Future of Cryptocurrency Mining

So, while this industry is still in its infancy, let us begin to improve right away. This, in turn, will be extremely valuable in harnessing the forthcoming energy difficulties for the expanding usage of AI, Machine Learning, Predictive Analytics, and so on.

How to build a crypto mining rig in 2021

In a time where the world is struggling to manage the covid-19 pandemic, rising global crisis, unstable political... 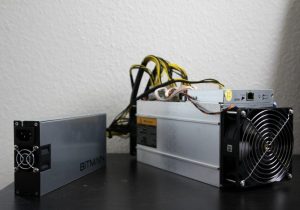 What is Bitcoin Mining and How Does it Work? 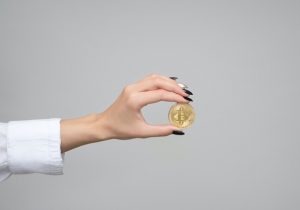 Proof Of Work Vs Proof Of Stake

There is no central authority in the blockchain world, so protocols like Proof of Work and Proof of Stake are...