2 Million Bitcoin Remaining to Mine…

The Bitcoin network has long-since surpassed the majority of its total projected bitcoin to be mined (issued). As of this writing, there are slightly less than three million bitcoin remaining to mine.

Since its launch in 2009, the price and popularity of the world’s first cryptocurrency have skyrocketed. But there are still some who do not understand just how powerful, revolutionary and flexible Bitcoin is.

You have probably heard a lot about Bitcoin over the last few weeks/months/years. The price reached an all-time high at $19,783.06 on December 17th 2017. Now it has dropped back to around $11,000 as of January 2018, and that’s despite a significant increase during the first couple days of 2018! However it is still up from where it was when we wrote this guide: $778 per BTC at that time.*Just* imagine what will happen when more people start using it! This can only mean one thing: Bitcoin is here to stay (at least for a while). In fact many experts believe that this cryptocurrency will become even more valuable in future years – perhaps even hitting $100k per BTC at some point!

Mining of the cryptocurrency entails processing and validating transactions on the blockchain.

Bitcoin is created through a process called mining. This process involves verifying and adding transactions to the blockchain, which is a shared public ledger (see What is Bitcoin?). It also involves solving math problems in order to prevent fraudulent transactions.

Mining of the cryptocurrency entails processing and validating transactions on the blockchain, which is a shared public ledger. Anyone can mine bitcoin using specialized computer hardware called Application-Specific Integrated Circuit (ASIC) chips. Each time a miner solves an equation, he or she earns new bitcoin.

The process of mining bitcoin may sound easy but it actually involves solving complex equations that require substantial computing power and time to solve. The more miners there are on the network, the higher the chance that solutions will be found quickly because there are many individuals trying to verify transactions at once.

These miners are rewarded with new bitcoins when they process a block successfully.

When a block is successfully mined, the miner receives a fixed amount of bitcoin. They are also rewarded with transaction fees paid by users sending transactions. The reward for mining a block started at 50 BTC in 2009 and is halved every 210,000 blocks (approximately four years). It was designed this way to keep inflation under control, as well as make the currency predictable and scarce.

Are you worried about the end of Bitcoin and can’t sleep at night? Don’t be, there are over 2 million more Bitcoin to mine. According to Indiana express crypto analysts, By the year 2024 there will only be 900k BTC left to mine, making it even scarcer than gold. In fact, Bitcoin is arguably not only more secure but also scarce in that it is impervious to inflation; as its algorithm dictates that there will only ever be 21 million BTC in circulation.

In a time when central banks are printing billions upon billions of dollars and increasing their balance sheets exponentially, this formula makes for an extremely valuable commodity for anyone concerned about preserving the value of their wealth or those who simply want to hold a profitable asset. It’s easy to see why Bitcoin has been described as digital gold and became popular during times of uncertainty in global markets.

The Bitcoin network has long since surpassed the majority of its total projected bitcoin to be mined (issued).

When the Bitcoin network went live back in January of 2009, it had an initial supply cap of 21 million coins. This was predetermined using a complex calculation that decreased the number of new bitcoins issued each time a block is mined until all 21 million have been issued.

First, there was no need to create more than 21 million bitcoins as this would be inflationary, creating financial uncertainty for those who held bitcoin and devaluing existing holdings.

Second, by limiting the total number of bitcoins available to mine to just 21 million, Satoshi Nakamoto ensured that the BTC network would always require significant computing power to operate – and thus electricity and resources – so much so that individuals could not simply mine Bitcoin on their own with their home computers.

The amount of bitcoin remaining to be issued is decreasing over time. As more bitcoin enters circulation, the supply cap means that less can be mined each year. The annual mining reward will halve after every 210,000 blocks are solved (or about every four years). It started at 50 BTC and has been reduced to 6.25 BTC per block.

Out of the 21 million supply circulation of Bitcoin, 19 million has already been mined on April 1. Now, only 2 million Bitcoin have been left to be mined. The milestone comes almost 12 years after the first block, which consisted of 50 Bitcoins, was mined on January 9, 2009.

There’s still a lot of Bitcoin left to mine — around 11% of the total circulating supply — but most of it will be created in the next 100 years.

This was predetermined using a complex calculation that decreased the number of new bitcoins issued each time a block is mined until all 21 million have been issued.

Bitcoin is unique in that only 21 million bitcoins will ever be created. They are being introduced into the market at a fixed rate, which is halved every 210,000 blocks (approximately every four years).

The reward will continue to halve every 210,000 blocks (approximately every four years) until all 21 million have been mined. Currently the block reward is 6.25 BTC for each block mined. Based on our Crypto mining calculator and current price of Bitcoin (BTC), this means all 21 million Bitcoins should be mined by 2140+.

Bitcoin is not dead yet, the king of crypto has a lot more to offer in the coming years and we think BTC will still be relevant in 10 years.

Cryptocurrency continues to remain the largest cryptocurrency and it’s important that you understand why. BTC is a safe haven for investors as it is very liquid and investors can exit anytime they want.

On top of that, Bitcoin is also decentralized and has been functioning since 2009 without any serious issues. The network has also achieved a hash rate of 60 EH/s which makes it very secure.

How to Short Sell Bitcoin – Streamlined Guide For 2022

Investing in Bitcoin can snappily turn into a stressful exercise, especially if you do not know what to do in... 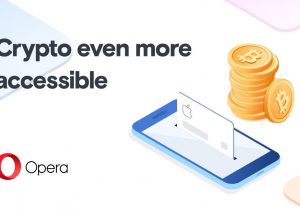 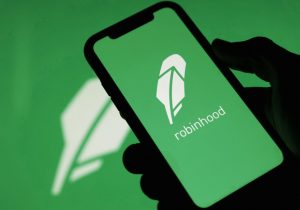 Robinhood is allocating wallets for digital currency to 2 million waitlisted consumers. The app, which allows users to...